Diners got used to delivery during the pandemic, and the habit may stick long after dining rooms reopen. But restaurants and delivery companies remain uneasy partners, haggling over fees and struggling to make the service profitable for themselves and each other.

Companies like DoorDash and UberEats helped many restaurants stay in business during lockdowns, allowing diners to stay in and still order out. But that convenience came at a price: Delivery companies can charge commission fees of 30% or more per order, hurting restaurants’ already meager profits.

Some restaurants, fed up with the fees, have since started their own delivery or dropped off the platforms altogether. Delivery companies are trying to keep them in the fold with lower-priced services and relief funds. But they’re not making money either.

“The relationship was bad, and it didn’t get better with the pandemic,” said Karan Girotra, a professor at Cornell University’s Johnson College of Business.

Girotra said delivery can be profitable in dense neighborhoods, where multiple orders can be delivered quickly and cheaply. But in sprawling suburbs, the cost of shuttling food gets too high.

“The economics don’t work out, so the delivery companies have to squeeze someone,” he said. “They have to squeeze the restaurants, the customers or the people working on these platforms.”

In Chattanooga, some restaurants said food delivery was key last year to them staying in business during the pandemic. But the fees attached to the delivery have made restaurant dining more expensive or, when it isn’t, restaurants have had to absorb up to 30% of the meal costs for delivery.

Figuring out how to make delivery profitable could be crucial in the coming years. Delivery was already growing before the pandemic with more than a half dozen food delivery services in Chattanooga. But it surged worldwide during lockdowns. Online orders for home delivery more than doubled in the U.S., Russia and Canada last year, and jumped around 30% in France, Germany and Spain, according to NPD Group, a market research company.

In a recent survey, the National Restaurant Association found that 60% of U.S. adults — and 71% of millennials — said they’re more likely to get delivery now than they were before the pandemic. But it’s unclear how many people will stick to delivery once the pandemic is over and they can dine in again.

Robbin Swaney, a retiree in Walker, Michigan, said she and her husband started getting delivery about once a week from Uber Eats early in the pandemic. At the time, they wanted to help local restaurants, but they have also come to like the convenience.

“DoorDash singlehandedly saved this store,” said Kaplan, whose delivery orders now make up 70% of his sales, up from 20% before the pandemic.

Chocolate maker Jeffray Gardner says he probably loses money on the one or two delivery orders he gets each day at Marsatta Chocolate in Torrance, California. But he’s still happy to work with delivery companies because they help him reach a wider audience. Last year, he even drove for DoorDash and UberEats to make extra cash and meet other local restaurant owners who might stock his chocolates.

But many restaurant owners say they can’t make the math work.

Evelyn Shelton, the chef-owner of Evelyn’s Food Love in Chicago, says the food she makes in her 40-seat restaurant, like fried lobster, is expensive, so her margins are already slim. She only briefly tried third-party delivery before deciding to focus on catering to survive the pandemic.

“Doing a revenue share with someone who hasn’t bought any food or paid any labor doesn’t make sense to me,” she said. “We’re too tiny to give away all the profits.”

Many U.S. and Canadian lawmakers agree, and temporarily capped the fees delivery companies can charge to restaurants during the pandemic. DoorDash said it lost $36 million in the fourth quarter alone because of fee caps in 73 cities, counties and states like Washington and Oregon.

Kevin Huang, vice president of merchant operations at San Francisco-based DoorDash, said he understands the impulse to protect restaurants. But if DoorDash charges diners more to make up for the lost revenue, then fewer people will order. That hurts restaurants and the gig workers who drive for DoorDash, he said.

Huang says the relationship between restaurants and delivery companies is frayed partly because delivery grew so quickly during the pandemic.

“Overnight they were forced to rely on delivery in order to stay open,” he said. “There were probably things lost in terms of how our business works and how our pricing structure works.”

Huang said the company is trying to build trust. It’s making more in-person visits to restaurants to educate them about their options, like building their own websites so they can bypass some DoorDash fees.

Uber Eats said it’s experimenting with new pricing tiers. It has a light plan — with a 5% commission fee — that lets restaurants use their own drivers, for example. A premium plan, with a 20% commission fee, gives restaurants more visibility on the app and access to Uber Eats drivers.

“If those guys can’t turn a profit, it shows how broken the system is,” said Josh Saltzman, the co-founder of Ivy and Coney, a restaurant and bar in Washington.

D.C. To-GoGo now has 62 restaurants and 20 delivery drivers who make an average of $18 to $28 per hour, including tips, Saltzman said. The site charges restaurants a 15% commission.

Others are trying to band restaurants together. The Restaurant Empowerment Project, which was founded late last year by Oakland, California-based entrepreneur Sheng Xie, aims to give independent restaurants the same power to negotiate delivery commissions as big chains like McDonald’s and Starbucks. Xie said 700 restaurants have already signed on.

“Food delivery is here to stay,” Xie said. “But a lot of restaurants are very scared right now. They fear going back to normal, paying 30% or more and having no choice but to use these apps.”

After an unprecedented year, many restaurants are somewhere in the middle. Philadelphia restaurant owner Aaron Anderson thinks delivery fees are too high. But he also sees some value in delivery companies, which can help restaurants test new concepts.

Anderson, who operates four Original Hot Dog Factory locations, started a delivery-only brand late last year called Chef Big Rube’s Kitchen. It’s been so popular that Anderson will soon open a physical restaurant. He hopes it will be packed with patrons who aren’t getting delivery.

“Once things open back up, a lot of people are not going to be using the delivery apps, and that gives us the leverage to negotiate those fees,” he said. “Right now, we don’t have that leverage.”

Thu Apr 22 , 2021
CLEVELAND, Ohio — Restaurants, shops and nearby entertainment attractions like Rocket Mortgage FieldHouse and Progressive Field make East 4th Street in downtown Cleveland one of the most popular destinations in the city. The street was redeveloped decades ago into a pedestrian-friendly strip of apartment buildings, restaurants, bars and other shops. […] 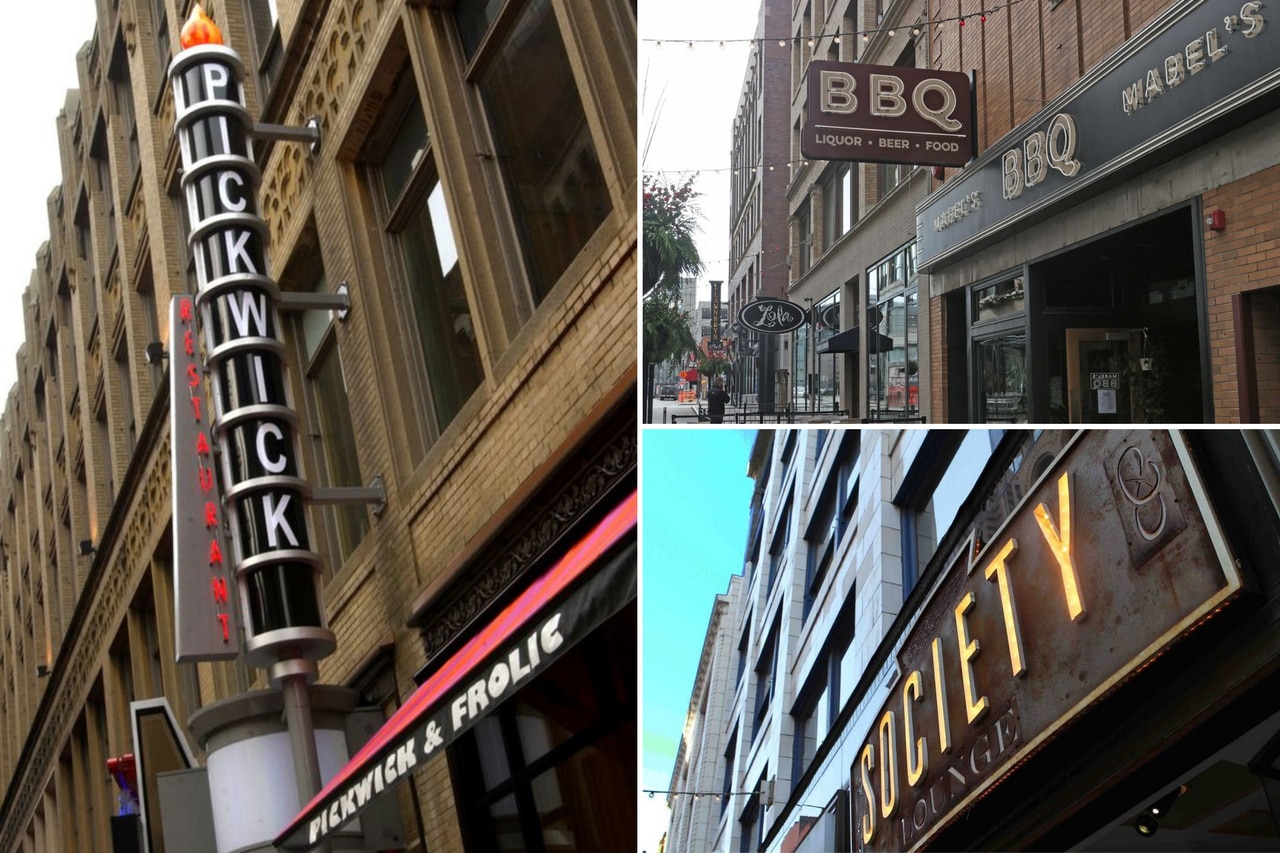