May 6—Minnesota Gov. Tim Walz will end all of his statewide coronavirus restrictions by July 1 — or sooner if 70 percent of residents older than 16 get vaccinated, his office announced Thursday.

He and Health Commissioner Jan Malcolm still cautioned that the pandemic isn’t over, Minnesotans are still getting sick and dying, and that some individuals — especially unvaccinated people — should still avoid crowded indoor spaces and continue to wear their masks.

The July 1-or-sooner date will be the final phase of the plan that will begin Friday with eliminating early closing times for restaurants and bars and ending mask requirements for many outdoor events.

The changes will allow attendance to be boosted soon at Twins and Saints baseball games, although officials from both teams said Thursday morning they weren’t yet sure exactly how that would play out.

Walz discussed the news in a statewide address streamed live on the governor’s YouTube channel.

Walz and state health officials agree the rollbacks are supported by the current and projected future state of the pandemic in Minnesota, where cases, hospitalizations and deaths are all falling as vaccinations continue to rise, with those fully vaccinated surpassing the 2 million mark Wednesday. At the current pace, the state is on track to reach the 70 percent threshold by the end of June, Walz said.

Walz and Malcolm used the occasion to push for everyone over 16 to get vaccinated, noting that appointments are open across the state and 473,000 more people needs to get inoculated to reach the level.

To be clear: Even if Minnesota doesn’t reach the 70 percent vaccination threshold, the mask mandate will be lifted July 1, Walz pledged, offering to sign the date into law if lawmakers approve such a bill.

Walz said that forecasts he’s consulted, including a widely respected model by Mayo Clinic, project cases falling steadily over the next several weeks in Minnesota.

The state appears to be on the downslide of a spring surge of cases driven by the B.1.1.7 variant first identified in Great Britain. Nonetheless, the virus and its variants are rampaging across parts of the globe, especially in South America and India, raising the odds of more dangerous mutations that could evade protection offered by existing vaccines.

Businesses, institutions, schools and other venues will still be allowed to continue restrictions — and many will be advised to, especially if they involve children who can’t yet be vaccinated.

Schools, for example, will continue to follow state guidelines through the end of the regular school year, in accordance with the state’s “Safe Learning Plan,” Education Commissioner Heather Mueller said. Summer school plans are being worked on, and its too early to tell what next fall will look like, she said.

Local jurisdictions will also be allowed to have their own restrictions. Officials with St. Paul and Minneapolis indicated Thursday that they could renew or reinstate citywide mask mandates that could extend past July 1, although neither city government has reached a decision.

But Thursday’s announcements signify an endgame — at least for now — to the most stringent requirements, which Walz, like his peers across the nation and world, has ordered with the force of law via executive fiat allowed under peacetime emergency laws.

Walz plans to extend those emergency powers next week, although he has begun talks with lawmakers on the idea of relinquishing them.

A full breakdown of every COVID rule, and the planned changes, for specific sectors can be found at StaySafeMN.gov. Here’s a summary:

— Remove limits for outdoor dining, events, and other get-togethers, and end the mask requirement outdoors except at large venues with over 500 people.

— Eliminate the state-established mandatory closing time for bars, restaurants, and food and beverage service at other places of public accommodation.

On May 28, remaining capacity and distancing limits will come to an end, including for indoor events and gatherings. The requirements that will remain include:

— Face coverings indoors and for outdoor events that exceed 500 people.

— There will be no new safety requirements for businesses, though they must maintain their plans to keep their employees and customers safe.

The third phase will begin once 70 percent of Minnesotans age 16 years and older — 3,087,404 Minnesotans — get at least one dose of the vaccine, but no later than July 1.

At that point, the remaining face covering requirement and the requirement for preparedness plans will end. Local jurisdictions and entities may set their own mask policies.

Malcolm sounded a note of caution in a statement urging all Minnesotans older than 16 to get vaccinated now.

“So long as the virus remains a threat to people anywhere it is a threat to people everywhere,” Malcolm said. “That means we need to be watchful and keep up the good work that got us to this point. If you are eligible for a vaccine and haven’t received one yet, now is a great time to get one. Your decision helps protect your family, your community, and all Minnesotans.”

She said the state anticipates some vaccines becoming approved for children age 12 to 16 within a matter of weeks.

“Our nation-leading vaccination effort has put us in a strong position to safely transition toward life as we used to know it,” Walz said in a statement. “The pandemic is not over and we have work to do. But from the State Fairgrounds, to doctor’s offices, to retrofitted Metro Transit buses that deliver vaccines where they’re most needed, Minnesotans now have more opportunities than ever to get the vaccine when and where they want to. As cases recede, more people get vaccinated every day, and vaccines are readily available to all who want it, we can now confidently and safely set out our path back to normal.”

It was a sentiment echoed by Steve Grove, state commissioner of the Department of Employment and Economic Development. “We ask all Minnesotans to get out and shop, get out to restaurants, get out to sports games,” Grove said. “Spend money at the places we love in Minnesota.”

Minnesota Ready, a coalition of trade organizations and chambers of commerce across the state, issued the following statement:

“This announcement is a long time coming for businesses who have endured incremental dial turns while simultaneously keeping their businesses afloat and protecting employee and customer safety. The business community — local chambers and coalition members — have been steadfast in their support of employers, understanding their enormous impact on local communities and Minnesota’s economy as a whole.”

Republicans, who been predictably anti-COVID-19 restrictions since shortly after the pandemic arrived, continued their criticism of Walz on Thursday.

“My reaction today is simple: Not good enough and not soon enough,” Senate Majority Leader Paul Gazelka, R-East Gull Lake, said in a statement. “The emergency is over and the mandates need to end.”

Gazelka’s statement continued: “I said in January, when the vaccines were available to young, healthy people, the emergency is over. We’ve been there for weeks. It’s about time the Governor recognizes that vaccinations were the key. And while Minnesota stumbled mightily out of the gate to vaccinate the most vulnerable, we now have an abundant supply and appointments.”

While the vaccines appear to have fundamentally changed the nature of the pandemic in America, Gazelka previously stated he believed the emergency was over. That was last year, shortly before Minnesota entered its deadliest surge.

State Rep. Dave Baker, R-Willmar, who has owned businesses in the hospitality industry and has been advocating with members of the industry for loosening restrictions and emergency power reform, issued his own statement:

“For more than a year, I have been working with the hospitality industry to try and engage the Governor’s office on a roadmap to safely reopen Minnesotan,” Baker said. “Time and time again, our efforts fell on deaf ears. Finally the Governor seems to be listening — at least to the large venues and sports teams — but it’s too little too late for many businesses who have been asking for certainty and a seat at the table for months. We don’t need the emergency powers, and we don’t need to be micromanaging Minnesotans. Leadership matters and real leaders listen to stakeholders and determine the best path forward—together. On this leadership test, the Governor has failed.”

The politics of Thursday’s news was not lost on anyone in state government: The state Legislature is heading toward a May 17 adjournment date. Walz, the Democratic-controlled House and the Republican-controlled Senate must reach an agreement on the state’s two-year, roughly $50 billion state budget, or risk a state government shutdown starting July 1.

Walz’ restrictions and emergency powers have long been a sticking point for Republicans, and last week Gazelka said that Walz needed to come to the table on those issues or risk seeing the Senate agree to nothing more than a “bare-bones” budget.

How far Thursday’s announcement goes toward that end remains to be seen.

Frederick Melo contributed to this story. 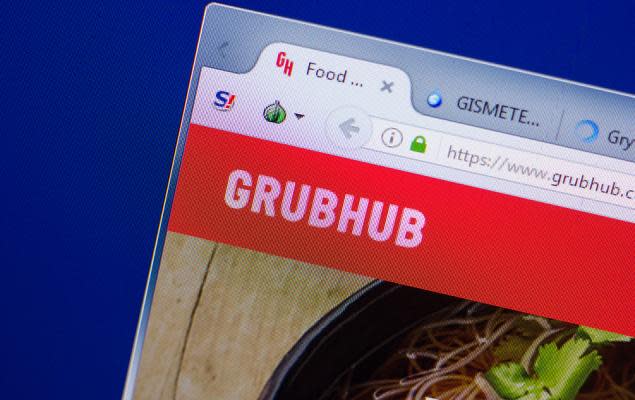