Jan. 6—The end of 2021 saw exciting openings and announcements in the Dayton area restaurant and foodie scene.

In fact, December featured two new chicken spots — one local and the other a regional chain restaurant. December also brought news of five new restaurants in the works although concrete opening dates for most have yet to be announced.

Hunny Bee’s Crispy Fried is a new chicken fingers, fries and milkshake fast-casual restaurant and drive-thru that opened Dec. 2 at 1200 Brown St. Suite 100 next to the University of Dayton campus. It’s open daily from 10 a.m. to 10 p.m.

Daytonians north of Dayton can now get their Wingstop fix a lot easier.

A second area Wingstop is now open at 4149 N. Main St. in Dayton. The restaurant is also located at 2006 Miamisburg Centerville Rd. near the Dayton Mall.

The new location is open for both carryout and delivery. Wingstop is open Sunday through Thursday 11 a.m. to midnight, Friday 11 a.m. to 3 p.m. and closed on Saturdays.

Home Sweet Home Cafe at 320 W National Road in Englewood announced plans for a second restaurant at the corner of Market Street and Cusick Avenue in Brookville, next to the Wolf Creek bike path.

In the announcement, the restaurant, which serves up diner classics like sandwiches, breakfast and wraps, said the new location will have the exact same breakfast, lunch and dinner menu as the first location.

Gulzar’s Indian Cuisine plans to open before the end of January in the ground floor of a CareSource building at 217 N. Patterson Blvd., joining a row of eateries including Winans Chocolates + Coffees shop and a Flyboys Deli, located across from Day Air Ballpark.

“There’s nothing like (Indian restaurants) around downtown, or close to UD, or by the hospital,” said owner A.J. Singh. “There are Indian restaurants, but they’re pretty far away from downtown. No one’s tried to open up an (Indian) restaurant in downtown. So, you know, why not? I think it’s the right time… My plan is to stay there for as long as I can.”

Singh is the founder and owner of Gulzar’s first location in Richmond, Indiana. For around 10 to 15 years, Daytonians have been traveling the extra 40 minutes each week to dine at Gulzar’s in Richmond, Singh said.

Local chicken spot, Chicken Head’s, is set to reopen and relocate to 865 North Main St. in Dayton. The address is the former space that once housed Chicken Louie’s Downtown.

“For Daytonians,” Head said, “that (address) is rife with history. Chicken Louie’s actually inspired me over 20 years ago as a high school kid. Daytonians know it well, but it was such an influence on me. It actually influenced the style of chicken we prepare, (particularly) using the pressure fryers which really gives me my competitive advantage.”

Head said he’s excited to have Chicken Head’s rebirth in the place that first inspired it all. As renovations take shape over the coming months, he intends to hold onto the building’s nostalgia as much as possible because it’s been known as a chicken spot for over 50 years.

“This is the beginning of something big,” Head said.

Another Krispy Krunchy Chicken location appears to be coming to the Dayton area.

A building permit application filed in Montgomery County calls for renovating Caesar’s Drive Thru at the corner of Miamisburg Centerville and McEwen roads in Washington Twp. to set up for the fast food restaurant.

A message was left for the Caesar’s Drive Thru owner seeking more information on the project timeline.

The Cajun-style fried chicken chain can be found operating as a “store within a store” in 48 states, often inside gas station convenience stores but also in shopping malls, colleges, and supermarkets.

The first Biggby Coffee café in Warren County is well on its way to opening, likely near the end of January.

The new café, located across the street from Springboro’s Dorothy Lane Market, is set to open with Farmers and Merchants as co-inhabitants of the former Park National Bank off Gardner Road.

The new location will offer drive-thru service as well as a dine-in option being designed as a gathering area for the community.

Fri Jan 7 , 2022
CLEVELAND, Ohio — The advent of the modern-day restaurant began with a humble dish: soup. In the 16th century, the French began using the word “restaurant” to refer to the soup sold by vendors in the streets. This soup was advertised as “restoratif” meaning “to restore.” But where did soup […] 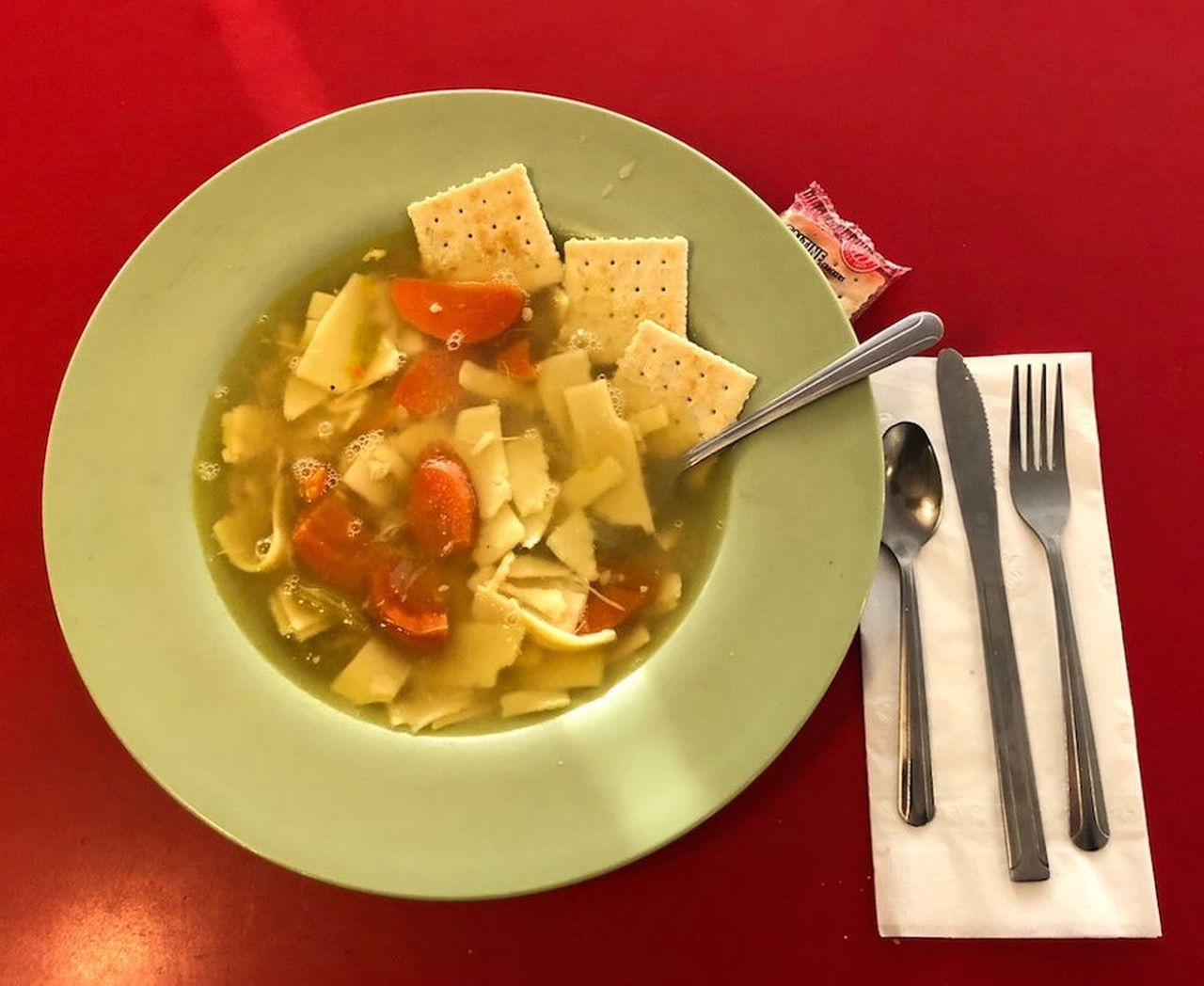