BED-STUY, BROOKLYN — Beloved neighborhood restaurants are still at risk of closing for good a month of opening their doors back up to customers for outdoor dining, owners said this week.

A group of Bed-Stuy restaurants who lobbied for Mayor Bill de Blasio to let them set up outdoors as the city reopens from the coronavirus crisis now say revenue from the limited outdoor tables won’t be enough to keep them afloat through the year.

“12 tables on the best day are never going to give us enough revenue to continue,” Samantha DiStefano, owner of Mama Fox, says in a new video. “I don’t see how these numbers are going to work through the winter.”

Mama Fox was one of at least four restaurants included in the new video that said they would have to close their doors for good if something doesn’t change.

This time, the change the restaurants are looking for is a “lifeline” from the city, state or federal government in the form of rent and utility vouchers or disaster relief payments.

“This is really important if we don’t want to have empty storefronts,” Charlotta Janssen of Chez Oskar said. “Commercial rents, especially for restaurants, can be incredibly high.”

Owners agreed that a big problem is that outdoor dining — the only type of sit-down dining allowed as the state holds off on allowing indoor dining — reduces restaurant’s capacity to a level that is unsustainable to pay the bills.

At Greedi Kitchen, owner Latisha Daring, said under the regulations of the mayor’s Open Restaurants plan, her usual 26-seat eatery turned into a five-table spot.

Similarly, at Ma & Pop Soul Food, the usually-full six tables turned into just two outdoor spots, which still sit empty some of the time as New Yorkers adjust to eating out again.

The outdoor spots also aren’t sustainable at all times of the day, owners said.

“A huge issue is the weather — every time it rains we basically lose an entire day of revenue,” DiStefano said.

Daring added that grants and relief that has been offered to restaurants so far hasn’t been enough.

Greedi Kitchen applied for 10 different grant and loan programs and only was able to secure one, for $1,000, she said.

The restauranteurs are not alone.

A study released this week by the Partnership for NYC claims that one-third of New York City’s small businesses could be forced to close due to the economic toll of the pandemic.

The Partnership advocated for other measures to help businesses bounce back, like raising taxes on the top 1 percent of earners, setting up community-based child care programs and live-work and federal incentives for certain neighborhoods.

This article originally appeared on the Bed-Stuy Patch

10 of the best restaurants in Bled, Slovenia's culinary bolthole safe for post-lockdown travel

Mon Jul 27 , 2020
lake bled – didier marti/getty images With such an epic setting it would be tempting for Bled’s restaurants to just churn out lowest common denominator fodder to the tourist masses. Of course some places do just that. Others, though, have been serving up superb Slovenian cuisine for years and continue […] 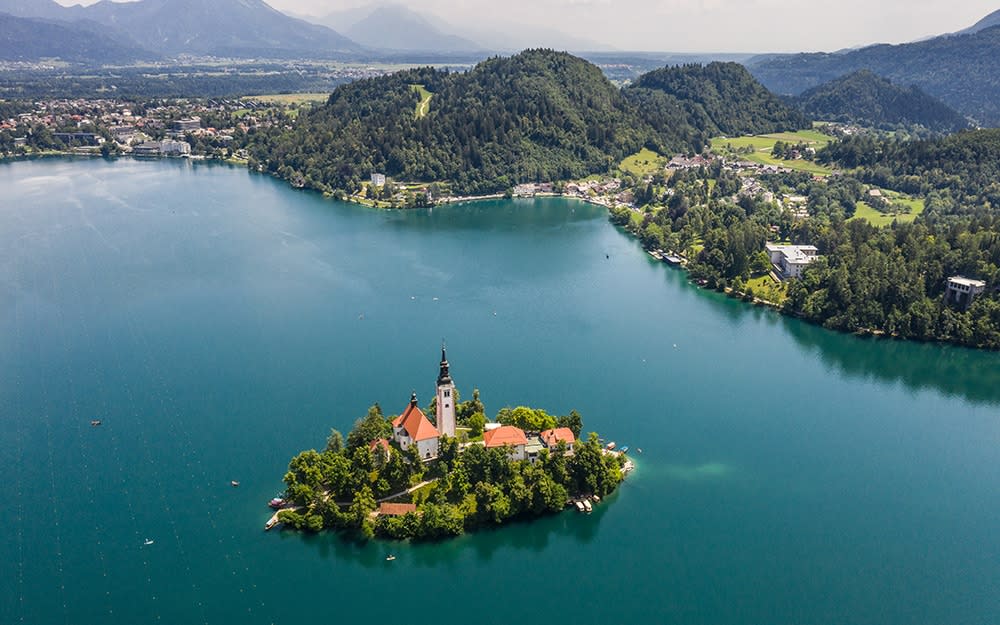