Owners of two well-known and well-established restaurants in Fort Myers are in a battle over which will operate the venerable Edison restaurant at the Fort Myers Country Club.

A recommendation from City Manager Marty Lawing that the restaurant be turned over to the owners of The Standard restaurant was thrown out by the city council.

Lawing recommended the owners of The Standard restaurant over what at the time seemed to be the current operator of the Edison. The Standard finished first on a matrix scoring process used by a committee of city officials appointed by Lawing to screen the applicants for the job.

JLB picks:Edison and other Fort Myers restaurants on McGregor Boulevard

In 2019:Edison Restaurant in Fort Myers closes temporarily after inspection

Presentations by the Edison before the city council did not reveal that the operator’s original founder was no longer managing the restaurant or that the company seeking to take over management was not created until a month after the council voted to seek requests for proposals for the right to operate the restaurant.

The current applicant, Three Warriors Management LLC, includes the current general manager of the Edison as well as a prominent Chicago bar and restaurant operator.

Three Warriors was created in Illinois in August and did not register its status as a limited liability company with the Florida Secretary of State until Aug. 20.

The manager of the successor to the Edison’s current group is Mark Domitrovich, whose Pioneer Tavern Group operates several bars in Chicago.

His holdings in Illinois include trendy drinking spots such Lottie’s Pub in an upscale neighborhood described by Chicago Magazine as “Bucktown’s charmingly tattered shot-and-a-beer staple.”

Desjarlais said he has no interest in the operation or the application to take over the Edison, and that King is his daughter’s husband.

He said his daughter and King have been living in Desjarlais’ home while searching for a house.

The Standard operator, Chris Blauvelt, says he spent thousands of dollars to create a business plan to submit to the council.

“Right now it’s a sports bar. I want to turn it back into a country club,” Blauvelt said. “I know the country club works, and I believe that location should be the gem of Fort Myers. Right now it’s a Chicago Bears hangout for Sunday afternoon football.”

A panel selected by Lawing rated three applicants: the operators of The Standard, the group led by King and Domitrovich, and Classy Chicks Event Planning and Catering, which operates a food concession at city-owned Eastwood Country Club.

The panel included the city’s directors of community development, public works, and information technology, the deputy director of finance and the city clerk.

The Standard group was rated first in the city staff analysis with 431 points on a grading sheet. Three Warriors had 387, and Classy Chicks had 245 points.

City Councilman Fred Burson was sharply critical of the original process and suggested to colleagues that the city start over.

“I would feel better about it if the three finalists had come to the city council and let us hear that,” Burson said. “‘Once again, we got staff making policy decisions … we’re the ones who answer to the citizens.”

The council voted 6-1 to reject the city manager’s recommendation that The Standard be awarded the contract.

A council public input session heard from two of the applicants and their supporters.

Statements before the council began with attorney Sawyer Smith, who lives close to the restaurant on McGregor Boulevard. Smith said he was speaking as a neighbor.

“There was no community input whatsoever, there was nothing in the (request for qualifications) about what concept should go in that space,” Smith said. “When you are talking about something in a neighborhood that directly affects neighbors, there should  be community involvement.”

It ended with what amounted to a closing argument on the case for Three Warriors as operator of the Edison. Attorney Jennifer Fischer, of the Strayhorn and Persons law firm, emphasized the city’s ability to share in profits from meals, the bar and catered events.

Robert Pekol, leader of the group that holds the current Edison operating agreement, said that once a new company is selected to manage the Fort Myers company, he will step aside and concentrate on his busy real estate business.

Pekol said he has already stepped aside from management of the Edison and that it is being managed by King, who is part of the group that seeks to take over the lease.

Blauvelt operates two other restaurants in the area under The Standard name, one on Broadway in downtown Fort Myers and the other at PagefieldCommons.

Blauvelt bristled at comments made by council member Darla Bonk prior to the vote to reject the staff recommendation. Bonk noted that the two other Standard restaurants are located within five miles of the Edison and suggested they would be too similar.

“People will go to Cape or go to Naples or go to Captiva to get food,” Bonk said.

Blauvelt noted that his partner, Carlo Benza, operates distinctly different restaurants elsewhere in Fort Myers, including CB2 on U.S. 41 and the Eden Club near 41 and Winkler.

His proposal includes keeping a menu similar to the current fare at The Standard for lunch or quick meals but creating a more ambitious “country club” style menu for dinner.

He added that a name change for the restaurant would be likely under his company to distinguish the new operation from what he considers the Edison’s pub style.

King and Domitrovich did not return telephone calls. Three Chicks could not be reached at the concession stand at Eastwood.

No new recommendation has been presented to the city council for the future of the Edison restaurant, but council members received a warning from council member Teresa Watkins Brown about getting overly involved in administrative decisions.

“This is going to set a precedent for anybody that goes through our procurement to say, ‘Well, they did it for the restaurant so we feel we need to come before council before they make a decision,”‘ Brown said. “Are  we going to be involved in every procurement process that comes before the city of Fort Myers?  We need to be very careful. We can’t just pick and choose who we want to hear from and try to make a decision.”

New restaurant in Navy Yard named among best in America 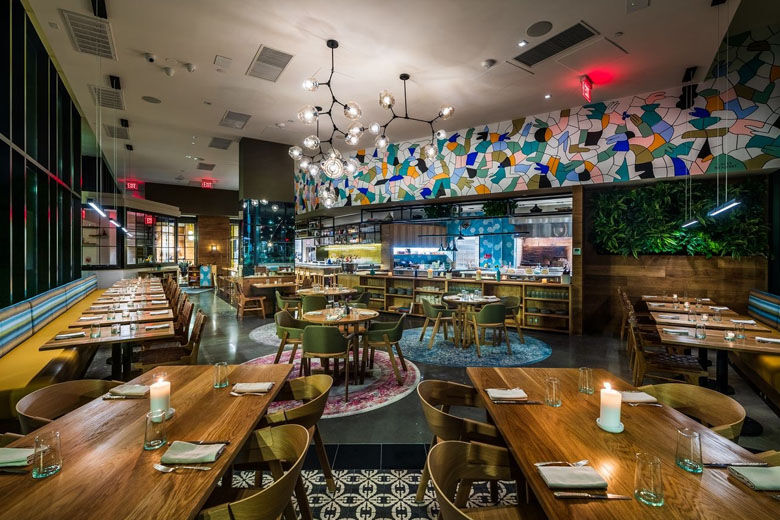