Restaurant workers in Missouri have been fired after staging a walkout protesting for higher wages and alleged poor working conditions.

At least seven workers from the Aviary Cafe in Springfield were let go after failing to turn up for their shifts on Sunday.

A number of workers have been staging pickets demanding a pay rise to $20 an hour, more control over their working schedule, maternity leave, health insurance, and proper staffing amid complaints they have been overworked during the pandemic.

“They have told us time and again recently that we have broken numerous sales records for the restaurant,” Perry Ashlock, who worked in the kitchen at the Aviary Cafe, wrote on Facebook.

“We have all managed to accomplish this with a less than minimal crew. Our staff is working, at times, from 7:30 AM to well past closing hours.

“We could never get new employees to stay with us because they didn’t like the level of work, or the hours they were having to put in. Most, if not all, of us were promised raises that were never followed through upon,” Ashlock added.

“Our final straw was when our management team left in the middle of a Saturday lunch rush (not the first time it has happened) and left their understaffed employees to run their restaurant for them during one of the busiest days of the week.”

Ericka Loredo, an Aviary sous chef, said that she had been “consistently” working 65 hours over the summer as the café struggled to find staff amid the pandemic.

“I often had 14-hour workdays just because you’re trying to get everything ready. From 7:30 in the morning until past closing. But again, we got no breaks. Just in general the place is really toxic. I felt like a slave. We were being overworked like slaves,” she told the Springfield News-Ledger.

The staff continued to picket the restaurants on Monday even after several staff members were fired.

Nick Holland, one of the protest organizers, told the Springfield News-Leader he “knew he would not get his job back” after taking part in the walkout but hoped their actions would result in better working conditions for those who remained.

He said he didn’t begrudge the other staff members who did not take part in the protest.

“There are a couple of employees that are in agreement with us—that support the cause but are not in a place right now to take any risks, which I totally understand,” he told the News-Leader.

In an updated Facebook post, Ashlock posted an unconfirmed claim that the Aviary Cafe had given employees who didn’t walkout a raise to $20 per hour.

“Just goes to show they could have been doing it the whole time,” Ashlock said.

In a statement to TV news outlet KY3, the Aviary Cafe said it “does not comment on specific employees, their history or their compensation packages.

“At this time Aviary can confirm that seven employees self terminated Sunday, July 25 when they no called or no showed for their shifts, per company policy.

“All qualifying employees are offered PTO per company handbook. Our company follows all labor laws, minimum wage and guidelines per state regulation and mandate.”

The Aviary Cafe has been contacted for an update.

Tue Jul 27 , 2021
Our probiotic Kefir Cream Frosting is the only frosting recipe you will ever need! Remember the fact that the taste and magnificence of a Chinese language dish will fluctuate relying on the restaurant. Nevertheless, figuring out the translation for some typical dishes can assist you get close. For extra pointers, […] 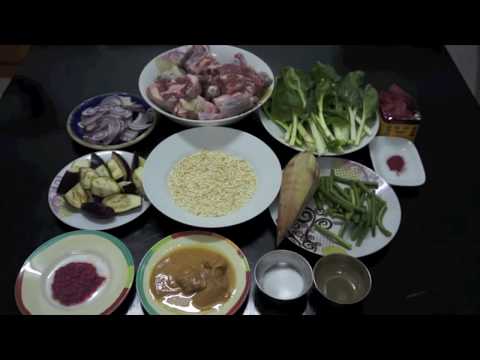