Baonecci Ristorante, a treasured Italian eatery located in the heart of North Beach for more than 15 years, has a new home halfway across the country.

The city mourned the loss of the local gem when owners Walter and Stefania Gambaccini, who originally hail from Lucca and took over the former Danilo Bakery space in 2004, closed up shop last year after reportedly facing challenges related to the pandemic. But it appears that an end of an era for San Francisco is a fresh start for Frisco, Texas, where the couple recently moved and are opening a new iteration of their restaurant, also named Caffe Baonecci.

“We traveled to see how places were handling COVID-19, and we had some friends here,” Walter told Dallas CultureMap on Thursday. “We saw that Texas was booming, especially where we are in Frisco.”

Commonly lauded as a standout Italian eatery in a neighborhood chock-full of them, Baonecci Ristorante was known for its craggy thin-crust pizzas, fresh-made pastas and cozy at-home ambiance. Former Chronicle restaurant critic Michael Bauer listed the spot among his favorites in North Beach in 2018, and it was named by Eater as one of the best Italian restaurants in San Francisco.

Baonecci had a few big-screen appearances, too. Robin Williams famously moved into an apartment above the restaurant on Green Street when he portrayed the titular nanny in “Mrs. Doubtfire,” and the eatery was later featured in the 2014 Tim Burton film “Big Eyes.” Artist Jeremy Fish also painted the restaurant’s iconic logo in exchange for free pizza for life.

“It is the most authentic Italian food in SF,” he said.

The new spot will maintain some of the original location’s tried-and-true favorites, like a hearty Bolognese and tortellini stuffed with porcini mushrooms, but will now feature a full bar with specialty cocktails like an Aperol spritz and a Negroni.

Caffe Baonecci is expected to open later this spring.

N.Y.C. Restaurants Cheer the Lifting of an Indoor Vaccine Mandate

Mon Mar 7 , 2022
For many, simply surviving to this point is cause for celebration. “I feel very grateful to be in our community, because we were being rooted for,” said Kalkin Narvilas, who owns the restaurants Saggio and Uptown Garrison in Upper Manhattan. “So even if it wasn’t enough to let’s say thrive, […] 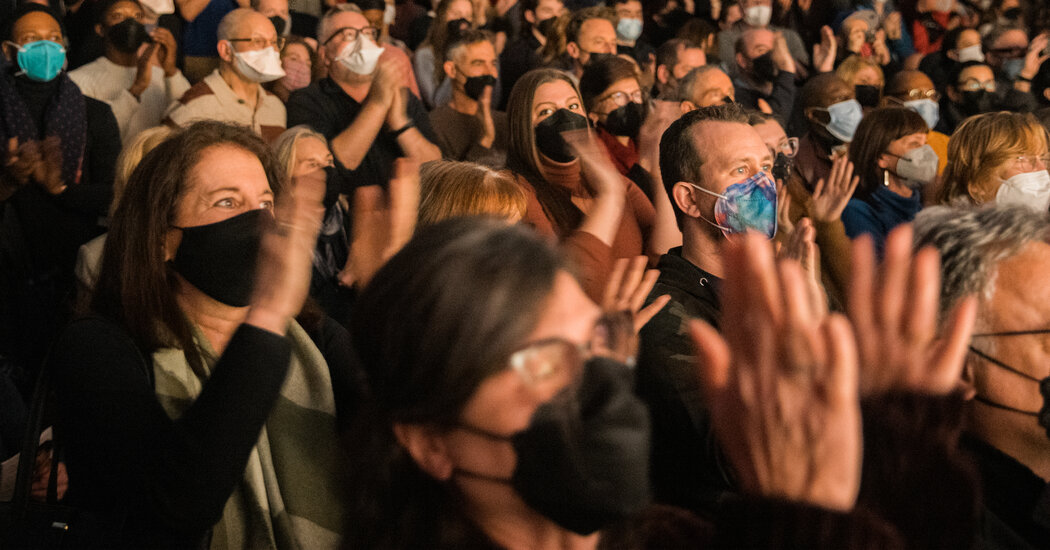