Tampa Bay is Florida’s largest open-water estuary, connecting three counties and spilling out into the Gulf of Mexico (home to all those drop-dead gorgeous beaches you know and love). Historic neighborhoods first established at the birth of the 20th century remain as some of the most culturally rich and interesting places to visit.

There’s also the quirky Gasparilla Pirate Festival that’s been invading the shores of Tampa Bay for more than a century. But as certain areas of downtown are going through a complete and total reimagination from sea level to the sky, the city’s landscape is morphing at a rapid pace. Here are some of the best things to do and see in Tampa Bay.

Tour the Hottest Neighborhoods in Tampa

Soon Tampa’s Channelside District—home to the new Sparkman Wharf and the nostalgic Teco Line Streetcar System—will be connected to the expanding Tampa Riverwalk through Water Street Tampa, one of the largest developments in the nation, including new restaurants, retail, waterfront parks, and hotels.

One thing is for sure: it’s an exciting time to visit Tampa. And as the city continues to evolve, you’ll want to keep coming back to see what’s new. But first, it’s good to find out about some of the established hotspots, so you get a real feel for the heartbeat of the city.

Known as Tampa Bay’s Latin Quarter, Ybor City was founded by a Cuban exile and cigar maker in the 1880s. Stroll along the historic brick streets, breathe in the aroma of café con leche, and notice the resident roosters standing guard like the neighborhood watch. Ybor City is where the original Cuban sandwich was created to feed the burgeoning community of Cuban cigar rollers.

Today, Tampa remains the cigar capital of the country, and you can still find torcedores rolling hand-made cigars along La Septima Avenida. The best way to explore the neighborhood is to set out on a walking tour with long-time Tampa resident Lonnie Herman. You’ll get a great history lesson and see Jose Marti Park, named after the great freedom fighter and poet. It’s the only Cuban-owned soil in America and you don’t even need a visa to visit.

During the same period that Cuban immigrants were establishing Ybor City, railroad financier Henry B. Plant built the first bridge across the Hillsborough River, laying the foundation for the picturesque neighborhood known as Hyde Park. With its lush and shady tree canopy, early 20th century-era brick streets and southern-style mansions, Hyde Park is an oasis of history and vintage glamour directly on the bay.

Browse the many shops and restaurants in the pedestrian-friendly Hyde Park Village, an upscale shopping and dining district. The eastern boundary of the neighborhood is Bayshore Boulevard, a place where people bike and walk along the longest (4.5 miles) waterfront sidewalk in the world.

Fun Things to Do in Tampa Bay

Tampa Bay leads out to the Gulf of Mexico, and there are plenty of opportunities to spend a day out in the sun and surf. If you’re brand new to the area, you might not realize that all those famous white-sand beaches are on the other side of the bay in St. Pete and Clearwater. If you’d rather stick to the Tampa side of the bay, hop on an Urban Kai stand-up paddle board at the docks outside of Armature Works. Or check out Tampa Bay Water Bikes located on the dock at the Tampa Bay Convention Center.

Located in the Channelside District, The Florida Aquarium is home to more than 8,000 kinds of sea creatures, animals, and plants. It’s a great place to learn about everything from sharks and sea turtles to coral reefs and local conservation efforts. The aquarium also offers dolphin tours. For more fun animal encounters, head out to ZooTampa, located just outside of the main hub of downtown in Lowry Park.

Experience equal parts exhilaration and amusement at Busch Gardens Tampa Bay. Located about 10 miles outside of downtown, the theme park has something for everyone, including roller coasters, animal safaris, and entertaining shows. They also host a jam-packed calendar of special events throughout the year including a popular food and wine festival.

There is no shortage of culturally relevant museums and family-friendly entertainment options in Tampa. Art lovers flock to the Tampa Museum of Art in downtown, the gilded and antique-filled Henry B. Plant Museum, and the David A. Straz, Jr. Center for the Performing Arts for its Broadway style shows and lively performances. Nearby on the Riverwalk, the Tampa Bay History Center is a Smithsonian-affiliated museum that chronicles nearly 12,000 years of Florida’s past.

If you’re a sports fan, there are plenty of opportunities to see the pros in action. The area is home to the MLB’s Tampa Bay Rays, NFL’s Tampa Bay Buccaneers, and NHL’s Tampa Bay Lightning, the latter of which is particularly popular with the locals (ice-hockey in the tropics—go figure! Known around town as the Bolts, the team has been really good in recent years). It’s also the home of the New York Yankee’s spring training facilities.

Tampa’s food scene has certainly exploded, but it all started more than a century ago when Columbia Restaurant opened in Ybor City. Not only is it Florida’s oldest restaurant, Columbia has been owned and operated by the same Cuban family for five generations. It’s where you go for an authentic Cuban sandwich, paella, flan, a mojito, and a true taste of warm hospitality.

Once a waterfront warehouse for streetcars in the early 1900s, Armature Works has been completely transformed into the Heights Public Market, a modern food hall. Located on a 50-acre waterfront property on the Riverwalk, the food fall features more than a dozen vendors including restaurants that serve wood fired pizza, sushi, barbeque, cold-pressed juices, empanadas, and more. Next door, Ulele is one of the best restaurants in the city. Named after a Native American princess, the waterfront eatery features Floridian dishes and an in-house brewery.

The nearby Seminole Heights neighborhood has quickly become a hotbed of chef-led restaurants and watering holes with places like Ella’s Americana Folk Art Café, The Refinery, Rooster & The Till, The Independent, and Brew Bus Brewing leading the charge.

With its own burgeoning food scene, the SoHo and Hyde Park area has a long list of decadent dining options. Perhaps the most famous high-end restaurant in Tampa, Bern’s Steak House, with its massive wine collection and romantic dim-lit dessert room, is the ultimate date night spot. Ciro’s is a cool speakeasy with delicious eats and creative cocktails. American gastropub Datz dishes up comfort food and craft beer in a stylish setting.

Where to Stay in Tampa

The most interesting hotel in Tampa is without a doubt the Autograph Collection’s Epicurean Hotel. A dream destination for foodies, the theme of the luxurious 137-room boutique property is, you guessed it, gourmet food. Rooms feature artisan pantries stocked with varietal wine and craft beer. In-house restaurant Élevage features international cuisine by Chef Chad Johnson, and the rooftop bar EDGE is a great place to sip on a cocktail with panoramic views of the city as the picture-perfect backdrop. The owners of Bern’s Steak House developed the hotel concept, and you can even book a “Bern’s Steak-Cation Package,” which includes a reservation for dinner for two at Bern’s and breakfast at Élevage. There’s a theater where the hotel hosts local food demos and programming, and even the spa is culinary themed.

Located near the airport, the Grand Hyatt Tampa Bay is an upscale property located on 35 waterfront acres. It’s pet-friendly and centrally located between Tampa’s growing metropolis and the St. Pete/Clearwater beaches. The best rooms face west and offer a front row seat for sunset. A perennial favorite for the well-heeled brunch crowd, Oystercatchers is a popular restaurant known for its Sunday buffet.

Out near the Florida State Fairgrounds, the Seminole Hard Rock Hotel & Casino Tampa just underwent a large multimillion-dollar expansion. A destination into itself, the hotel features a casino with high stakes table games, thousands of slot machines, and a state-of-the-art poker room. It’s also home to seven restaurants and a luxury spa.

Keep an eye out for a bevy of new hotel openings, the most important of which is arguably the new Tampa EDITION. Not only will it be the first five-star hotel in Tampa, it is opening in the new Water Street development in the heart of downtown. The site will also be home to a new JW Marriott branded hotel.

When To Go to Tampa

There are tons of events that happen year-round in Tampa, but perhaps the most famous time to visit is during what locals call Gasparilla season. Taking place every year between January and April, Gasparilla events include pirate-themed parades, road races, concerts, art fairs, a film festival, and more. What’s it all about? Gasparilla is the celebration of legendary pirate José Gaspar and his mythical invasion of Tampa Bay. The main event of the festival is the Parade of Pirates—think Mardis Gras for swashbucklers and buccaneers.

Whether you’re a foodie who likes to try new restaurants, a history buff with a pension for exploring historic neighborhoods, or you simply like to dress up like a pirate with thousands of other like-minded mates, Tampa is brimming with seemingly endless things to do.

How to Hit the Beach, Hair Salon, Restaurants and More Amid Coronavirus

Mon Jul 13 , 2020
It’s safe to say summer 2020 is going to be one like any other. As states continue to re-open amid the ongoing Coronavirus pandemic, many are uncertain and being cautious about how to navigate the new normal and re-enter public places. And with the temperatures heating up and fun in the sun […] 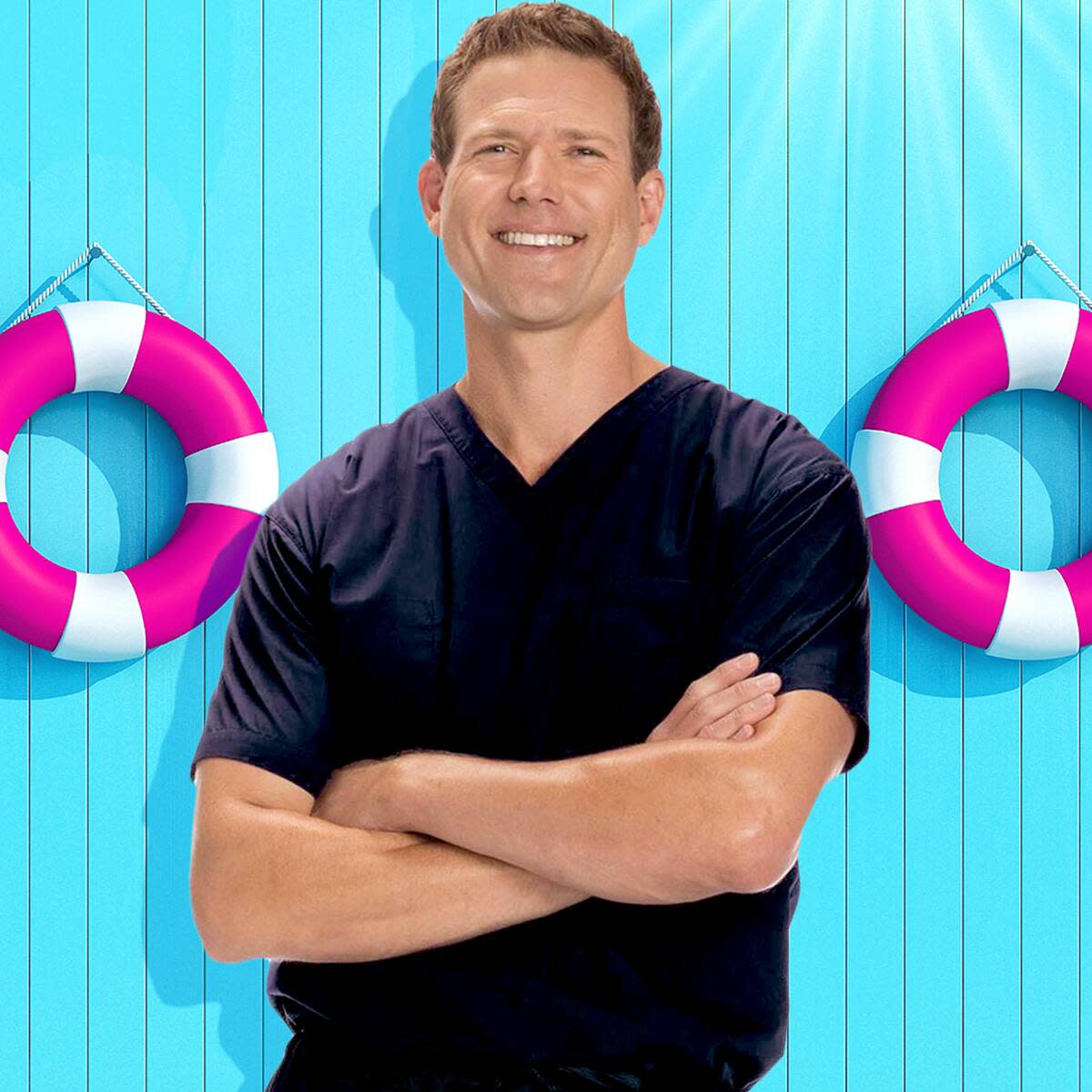