(Bloomberg) — Chef Romy Gill has had to work hard for her success.

She was born and brought up in Burnpur, West Bengal, where her father worked in a steel plant. She learned to cook with her mother and decided she wanted to be a chef after her mother was diagnosed with cancer. Romy never formally studied culinary arts, and when she moved to the U.K. in her early 20s to go to university, she didn’t have handy connections in the hospitality business.

Romy married an Englishman and settled in a small town in the west of England, near Bristol. She went on to open her own restaurant, Romy’s Kitchen, in Thornbury. I went there once: It was charming with very good food. But it has closed now. It’s by sheer force of personality that Romy has made her way onto the national, and even international, stage.

Her first cookbook, “Zaika: Vegan Recipes From India,” was well-received and she was already a regular guest on cooking programs before becoming one of the chefs on “Ready Steady Cook,” a BBC daytime game show.  She’s also a contributor to publications, including the New York Times and National Geographic, and was invited to cook at the James Beard Foundation in New York.

Along the way, she has been honored by Queen Elizabeth II with an MBE award, making her Member of the Most Excellent Order of the British Empire. She’s currently working on her next cookbook, “The Himalayan Trail, Kashmir to Leh.”

I asked Romy for a beginner’s recipe for an Indian dish and she has supplied one for nariyal murgh, a chicken curry with coconut. There are just a few ingredients that you chuck into a blender and that is about it. It’s not a sophisticated dish with layers of flavor. But if you are looking for a simple Indian recipe that tastes great, this might work for you.

I made it with only four chicken thighs (instead of the nine specified in the recipe) because even I would struggle to eat that much meat, and I do like an abundance of spicy gravy. Romy recommends cooking the chicken with the bone in, for flavor. I bought boneless meat because I am lazy.

9 chicken thighs (peel the skin off)

175 grams (6.2 ounces) of white onion peeled and diced into chunks

In a blender combine all the ingredients, except the chicken, into a fine paste.

While the oven is getting hot, mix the thighs and paste in a bowl.

Place in a casserole dish and cook in the oven for 45 minutes.

For more articles like this, please visit us at bloomberg.com

Comfort-eating: People really do crave snacks and junk food when they are stressed, study finds 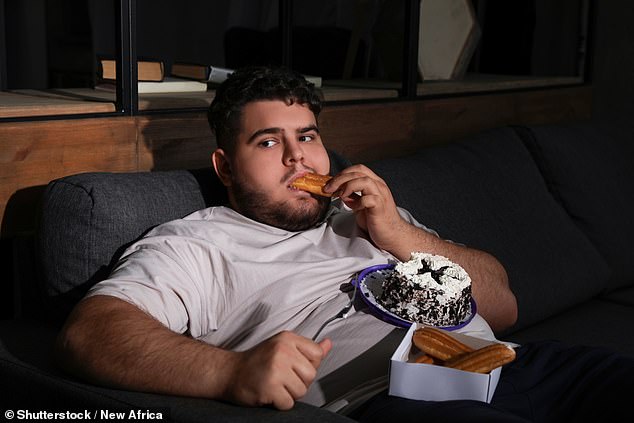