There are over 20 types of lok lok (deep-fried skewers) to choose from, with prices as follows:

Simply pick up a plate from the counter and choose the skewers you want.

During our visit, the second and third rows were blue items (S$1.50) while the sole red item (S$3) available was the abalone and cucumber stick.

Green items include vegetables such as corn, shiitake mushrooms, and broccoli.

Choose from the following four flavours to complement your lok lok:

The lok lok can be enjoyed with the furikake flavour alone or together with one of the three flavours that does not come with an additional charge.

If you’re hoping for some recommendations, we belatedly heard that furikake and seaweed make a good combination.

We tried the BBQ and furikake combination, which has a bit of spice.


However, most of the sesame seeds fell off the lok lok on their journey from the plate to my mouth. Unfortunate.

My favourites are the buns and bacon-wrapped enoki mushroom.

Fried abalone was underwhelming but not bad.

Although I felt that the flavouring powder alone was sufficient to season the skewers, Fei Lou Fatt offers three dips for extra oomph:

Both chillis add some spice, and the Thai Seafood Green Chilli has a hint of tanginess while the Thai Sweet Chilli leans on the sweeter side.

Mayonnaise adds a creaminess and helps to cut through the spiciness of the BBQ seasoning.

The Signature Fei Lou Noodles (S$20) does not come cheap, but is worth trying if you’re looking to break the monotony of regular prawn noodles.

For all noodle dishes, you can choose between soup or dry.

We got to try the latter with kway teow noodles, which was tossed in spicy homemade hae bee hiam “volcano chilli” and comes with a bowl of prawn broth on the side.


Slow-cooked with fresh prawn heads for up to 10 hours daily, the prawn broth is rich and flavourful.

I also appreciated that the prawns are large and halved such that it’s easier to remove the meat from the shell without getting my hands dirty.

The pork is flavourful but isn’t as tender as I would have preferred it to be.

If you’re not a fan of abalone, they also serve the following variations:

There is also an option to enjoy the same broth with rice.

The item is called the Prawn-zuke (S$8) and is inspired by Ochazuke, a traditional Japanese rice porridge made by pouring green tea or dashi broth over cooked rice.

The dish reminded us of pao fan, with the addition of crispy homemade fried rice crackers.

While the Prawn-zuke is served with regular vannamei prawns, the Big Prawn-zuke (S$16) comes with two and a half ang kar prawns that are larger in size.


The prawn broth was served on the side, which offers two advantages:

Unlike the dry noodles, the rice dish is not spicy at all.


© Provided by Mothership
The dish after pouring in all the broth and mixing the rice in. Photo by Karen Lui.


However, they serve the dish with chilli and hae bee hiam (spicy dried shrimp) on the side if you wish to enjoy yours with some spice and a bit of crunch.

As someone who typically prefers pao fan over prawn noodles, my vote goes to the Big Prawn-zuke.

Additional soup servings for both the dry noodles and prawn-zuke are charged S$1 each.

Here’s the full menu, including snacks, alcoholic and non-alcoholic beverages:

The 68-seater eatery boasts a minimalist style with a pop of red and turquoise.


First started in October 2011, “Sembawang Prawn Noodles” was initially served from a small stall within the existing White Restaurant space at 22 Jalan Tampang.


The concept came about when White Restaurant’s founder, Tay King Huak, developed a prawn noodle recipe with a rich prawn broth to make use of the often-discarded prawn heads.


The prawn noodles were apparently very popular and always sold out before lunchtime, but this business eventually took a backseat when the family decided to focus on White Restaurant’s expansion plans in August 2014.


The easiest way to get here is via MRT, as Springleaf MRT station on the Thomson-East Coast line is just a two-minute walk to the eatery.

As the parallel parking spaces outside the eatery are extremely limited, those who drive can also park at Springleaf Nature Park carpark and take a five-minute walk to the eatery.

Tue Feb 8 , 2022
It’s our aim to provide the finest, most healthful Chinese language eating experience in Richmond and we uarantee it! Discover of Dispute. If both you or we intend to arbitrate below these Phrases, the social gathering searching for arbitration should first notify the opposite get together of the Dispute in writing not less […] 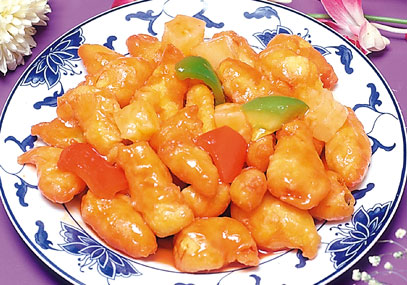