It’s been well over a year since the coronavirus pandemic decimated the restaurant industry. About 9,000 restaurants closed in Texas, says Emily Williams Knight, CEO of the Texas Restaurant Association. But the worst is behind us, right?

That depends. Some restaurateurs who suffered through the pandemic are just now realizing that their businesses can’t endure.

“It just feels cruel at this point, for these restaurant owners,” Knight says.

In one year, March 2020 to March 2021, about 18% of Dallas-area restaurants failed. Better times are likely ahead, and new restaurant permit requests are beginning to accelerate across the state, Knight says. But the closures continue to roll in, too.

First, the cost of labor at restaurants has increased, and restaurant owners are having a hard time filling vacant job positions. Second, prices for some products have increased 15 to 20% — items like chicken, beef, milk and coffee. Restaurants already operated on slim margins, with “no more than 14 days of cash on hand,” Knight says — so they don’t have a cushion to cover rising costs. And third, restaurant operators who deferred their payments for rent or equipment during the pandemic now have to pay up.

“It’s creating a perfect storm for restaurants that just made it through the crisis,” she says.

Some restaurant owners are reacting to the challenges by raising their prices. But “for many, it’s too late after just one unbelievable year,” Knight says.

Here are three restaurants in Dallas that didn’t survive.

Kozy Kitchen, a brunch spot in Uptown known for its gluten-free and healthful options, closed after service on Mother’s Day 2021. It had already been a roller coaster ride for Kozy, and not just because of the pandemic: It hopped to three restaurant locations in recent years. Kozy started on McKinney Avenue in Uptown where it served breakfast and brunch for 16 years. Then, in 2019, it moved to Lakewood where chef-owner Nick Pavageaux says Kozy never found its footing in a new neighborhood. So he moved it back to Uptown, this time near Cole and Fitzhugh avenues, in mid-2020 during the throes of the pandemic. It lasted less than a year. Pavageaux says he needs a break from owning a restaurant and took an executive chef job in the Dallas suburb of Trophy Club.

Haystack Burgers & Barley closed in Turtle Creek Village in Dallas on May 4, 2021. It was the second Haystack in D-FW after the original in Richardson. Co-owner Kevin Galvan says the Turtle Creek location was never profitable. The same day his landlord posted a lockout sign on the door, Galvan says he signed a lease on another restaurant in the Preston Hollow area. He and his wife Jenny Galvan operate four Haystacks — Richardson, Frisco, Lakewood Dallas and Far North Dallas. Two more, in Preston Hollow and Prosper, are expected to open soon.

Public Taco’s entire existence was during the pandemic; it opened in May 2020 and closed recently at Preston Road at Royal Lane in Preston Hollow. According to CultureMap, the restaurant was owned by Joon and Michelle Choe, the founders of Freshfin Poke. A sign on the door says the closure is temporary, but calls to the leasing agent, landlord and founders went unanswered. Popular items included birria tacos and a Mexican-Korean fusion dish called Takorea: a taco with rib-eye, caramelized kimchi and Sriracha aioli.

Did we miss a restaurant that closed recently near you? Email [email protected] 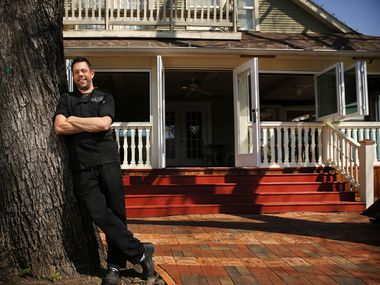 From casual to fancy, local to on a budget

Wed Jun 9 , 2021
COVID-19 restrictions are beginning to relax, and many people are looking for new places to dine out. Whether you find yourself searching for the best restaurants in Lafayette or looking up new recipes to try at home, we have the perfect article for you. Here are some of our top […]