Today in 1492, Italian Explorer Christopher Columbus made landfall in the Americas. That accomplishment – – establishing a viable sailing route to the Americas and opening up the New World – is celebrated each year on the holiday bearing his name.

Columbus Day is celebrated on the second Monday of October. This year, the government holiday falls on Monday, Oct. 12.

The first Columbus Day celebration in the U.S. took place in 1792, when a group of leaders in New York held an event to commemorate the 300th anniversary of the explorer’s historic landing. Similar events continued through the year until 1892, when President Benjamin Harrison issued a proclamation asking that Americans celebrate Columbus during a holiday in which they “cease from toil and devote themselves to such exercises as may best express honor to the discoverer and their appreciation of the great achievements of the four completed centuries of American life.”

President Franklin D. Roosevelt proclaimed Columbus Day a national holiday in 1937. The day was originally celebrated every Oct. 12 but was changed to the second Monday in October beginning in 1971 with the Uniform Monday Holiday Act.

The day is not without its controversy. In recent years, Native Americans and other groups have protested the idea of celebrating an event that marks the start of the colonization of the Americas and the displacement of indigenous people. Columbus Day has been replaced with other holidays in some areas, including Alaska, Hawaii, Oregon and South Dakota, which commemorate Columbus Day as Indigenous Peoples Day.

Alabama, home to nine recognized tribal governments, first celebrated American Indian Heritage Day in 2000. The commemorations is intended to “honor Alabama’s indigenous people and their contributions to their homeland and for their passion in keeping American Indian culture and history a vibrant part of Alabama’s life,” state officials said last year.

Fraternal Day is unique to Alabama.

The day was first celebrated in 1915 on the second Thursday of October. It was meant as a time to honor the work of fraternal organizations and the Alabama Legislature later ordered it moved to coincide with the Columbus holiday. The holiday focused not just on traditional fraternal organizations, such as the Masons, but also on veterans’ groups and other clubs.

Here’s a look at what’s open and what’s closed on Columbus Day 2020:

Mon Nov 16 , 2020
A platform for experimenting with new flavors and dishes, as well as parts of service, design and décor. Severability. If any part of this agreement to arbitrate is found by a court docket of competent jurisdiction to be unenforceable, the courtroom will reform the settlement to the extent essential to cure […] 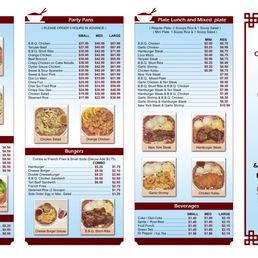