You may not need proof of vaccination to eat inside a New York City restaurant, but Mayor Adams said Monday you’ll still need it to work.

During a news conference in the Bronx, Adams vowed to keep in place requirements that public and private employees be vaccinated for COVID — despite his earlier announcement that restaurant and bar patrons will soon no longer have to provide proof of vaccination status.

The Key to NYC requirements surrounding restaurants, bars, and gyms are set to expire on March 7 under Adams’ most recent COVID-related directive.

On Monday, Adams was asked to provide the scientific underpinning behind ending that Key to NYC requirement while keeping in place the vaccine mandates. He responded that he wants to “continue the trend” toward the city’s primary COVID goal: encouraging New Yorkers to get vaccinated.

“When we talk about the employee mandates, it is imperative for the businesses to continue to create a safe environment for their employees,” he said during an unrelated news conference in the Bronx. “When I sat down with the doctors — because I’ve always stated we’re going to go based on the science — they were clear. They said, ‘Eric, we could remove the Key to NYC that allowed gyms, restaurants, and others, but we need to keep in place the mandate for those who are in professional [settings], employees or workers. And that includes city workers as well.”

Hizzoner also suggested he isn’t concerned about the spread of COVID from tourists traveling from out of town once restaurant requirements are lifted, predicting that testing requirements outside the city will do the trick despite lower vax rates in other parts of the country.

When asked how the city will account for tourists once the lifting of requirements takes effect, Adams cited the provision in some foreign countries that travelers be tested before boarding flights.

“We want tourism back. Tourism is a major economic boost for us,” the mayor said. “Many people are leaving their countries to get on airlines, and they have to be tested or vaccinated upon boarding those airlines.”

Such rules don’t exist as blanket policy in the U.S., though. When asked specifically about the COVID travel requirements in other American cities, Adams didn’t specify which ones he believes have strong requirements, saying only that “many” do.

“Many of these locales have good rules in place that will ensure that we are not being reckless, but we’re being responsible,” he said.

Tue Mar 1 , 2022
When the big concerts come to Des Moines, fans head to their shows at Wells Fargo Arena — the largest concert venue in Iowa with 16,000-plus seats. Justin Bieber, Elton John and New Kids on the Block are just some of the top-tier acts on tour in spring 2022. Hometown […] 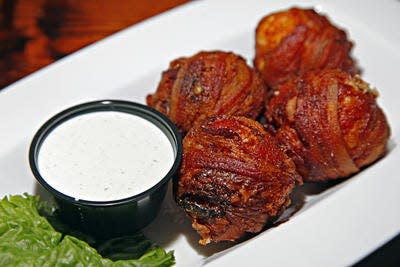