Restaurant chain Domino’s Pizza (NYSE:DPZ) reported second-quarter earnings results on July 22 and the stock soared following the release. In short, sales at restaurant locations that have been open for more than a year were up 3.5% in the U.S. and 13.9% internationally — these are called same-store sales or comparable sales. Q2 marked the 41st and 110th consecutive quarter of U.S. same-store sales growth and international same-store sales growth, respectively, and this was on top of Domino’s incredible sales growth in 2020. Few investors expected Domino’s to grow sales this far removed from the start of the pandemic.

In this video clip from Motley Fool Live, recorded on July 15, Fool contributors Jon Quast and Brian Withers discuss how same-store sales growth and new restaurant locations are part of Domino’s game plan as it marches toward its 2025 goals.

Jon Quast: The company that I’m going to talk about is not really exercising optionality. Domino’s is just pizza, but it is doing pizza very, very well. I just happened to notice in my Twitter feed this morning that Domino’s opened its 18,000th location this morning, and maybe you know to pronounce this, is it La Junta, Colorado?

Brian Withers: I think you got it.

Quast: La Junta? OK. Sometimes, I don’t know, I speak Spanish, so I don’t know if I’m reading it right for an English audience. But yeah, this is a company, 18,000, just put it in perspective, this is a top-10 global restaurant chain by locations. I think it may even be top five, I’m not 100% sure where it ranks, but it’s opened over 5,000 new locations over just the last five years. The company is targeting 25,000 locations total by 2025, so over the next four years, it’s planning to open 7,000 more locations around the world, and it’s also targeting $25 billion in sales.

Now, if you do the math, that means it’s going to increase sales per location. We call that comparable sales growth. One of the things that I really like about comparable sales growth is that, if you’re a restaurant, you have some fixed costs. You have the real estate, you have your employees. But when those sales are going up per location, you gain operating leverage. Profits can rise higher than your sales because those fixed costs are staying the same.

And so I think as we look forward the next five years with Domino’s, it currently trades around 40 times earnings and the dividend yields less than 1%. But I really expect its earnings to grow faster than its sales. I really expect it to be able to continue to buy back shares aggressively as it has done and I believe it can increase its dividend. I believe it’s doubled its dividend over the last five years, I think it still has room for more growth.

We talk about stocks that can 10x in 10 years, we’re not normally talking about a company like Domino’s. But it is hiding in plain sight over the last 10 years, it’s 19-bagger. Just incredible returns from an established company that we all know so well. I think it can still return, decent returns from here. It’s just one of the best restaurants stocks there is.

Withers: Absolutely, I agree. They’re an exceptional operator, and you know what, I don’t think pizza will ever go out of style.

How to prove you're vaccinated if you're going to a restaurant, bar, or concert that requires it 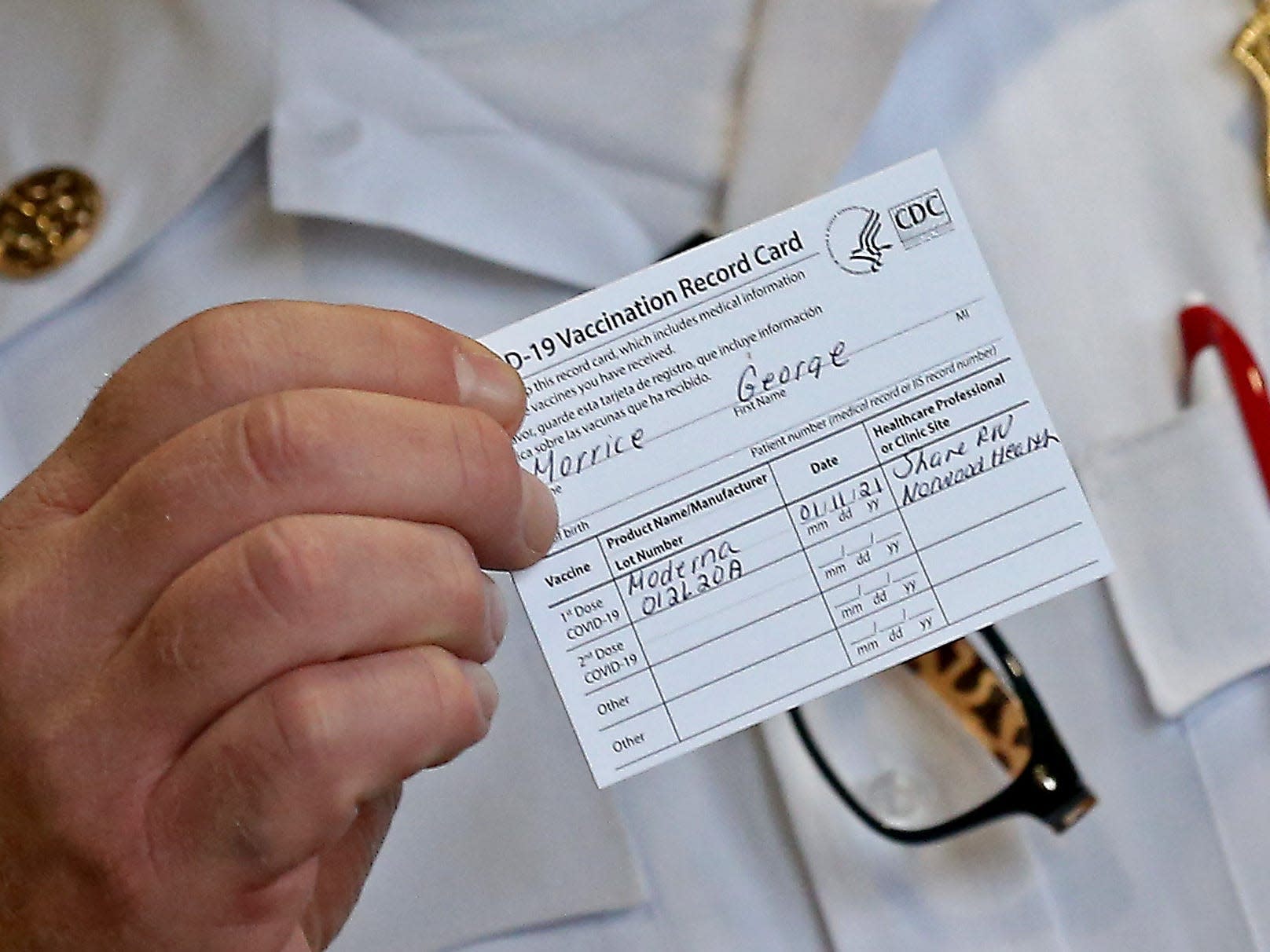