PARMA, Ohio – Alberto Quiñones has been a resident of Northeast Ohio since 2000, working in the food industry, and owning a couple of successful businesses. But it wasn’t until 2019 when he was able to make a life-long dream come true.

Quiñones – who loves to cook — sat down with his wife, Jennifer, after a storefront in the Parma plaza where the couple operated a t-shirt business opened up, to tell her he wanted to open his own restaurant.

The couple spent months converting the former flower shop into a small 16-seat eatery that would introduce Parma to the empanada — a fried pastry, similar to the American turnover, but far more versatile – stuffed with everything from meats to veggies to Nutella and strawberries.

“With nearly 20,000 Puerto Ricans in Northeast Ohio, and without many Hispanic restaurants in the area, we really wanted to focus on Puerto Rican flavors,” said Jennifer Quiñones.

In the couple’s native Puerto Rico, empanada stands are “on the beach and every street corner. Everywhere you go, there is someone, with a little fryer, frying up empanadas.”

They knew there would be a market for these very transportable delicacies, which can be eaten any time of day. Empanadas are so popular on the mainland United States, that they even have their own national day of celebration. April 8 was named National Empanada Day.

“We knew everyone would expect the classic flavors – beef, chicken and pork, but we also wanted to be able to be creative, so we just sat one night at the kitchen table and dreamed up several other flavors – like mac and cheese and a polish one with meat and sauerkraut, even a PB&J for the kids.”

Today, their wide-ranging menu includes 27 different empanadas – including veggie and seafood, even dessert flavors. The most popular sellers remain the classic beef and potato, which Jennifer estimates that the restaurant sells more than 1,500 of those each week alone.

Other favorites include chicken, meat-lovers and Cuban empanadas, as well as apple and Nutella with fresh strawberries.

Alberto is still experimenting, regularly coming up with new flavor combinations, which he announces on the restaurant’s Facebook page. If the flavor is popular, it earns a spot on the regular menu. If not, it fades, and a new flavor is introduced.

Prices are $2 – $4 per empanada, which can be paired with Puerto Rican sides like rice, beans, plantains and yuca. Customers can choose between two sauces – a creamy house sauce or the more traditional hot sauce. In addition, they can pair their meal with Puerto Rican sodas and coconut waters. If you want something just a bit sweeter, the Tres Leches cake is a traditional treat.

“When a Puerto Rican comes in, they are looking for the flavors of home, but we have attracted a large clientele from other areas in Cleveland, that we have morphed into a much more extensive flavor menu,” she said. “People are open to trying something new, but usually they have their favorites and know what they want when they come through the door.”

The restaurant opened just before the onset of the coronavirus pandemic. That took a toll on business, but once restaurants were able to open again, the Quiñones didn’t miss a beat – pivoting to carry out and delivery – allowing for a steady flow of business.

Even though the empanadas are fried to order, growth has been steady enough the Quiñones needed to install a machine that crimps the outside dough much faster than employees are able to do by hand and keep up with the demand.

Business is so good, Alberto is at the shop at 7 a.m. each morning to help prepare the days’ fillings. In addition to the restaurant, they also have a catering side business.

Alberto is also looking at ways he can expand the business into the frozen food market for local Hispanic groceries and bodegas.

“I am proof that you can make your dreams come true,” he said, with a broad smile. “I think sometimes people are scared to take the leap to start their own business, but if you are willing to work hard, you can do it. Just have the courage to take the first step.”

These 9 Chain Restaurants Are Offering Free (Or Cheap!) Burritos For National Burrito Day

Tue Apr 12 , 2022
Photo credit: John Komar The glory that is a burrito is something to be celebrated. All that rice, protein, salsa, cheese, lettuce, tomato, sour cream, and guac wrapped up in a speckled burrito wrap is glorious. And that’s why we have today, April 7, National Burrito Day, to honor it. […] 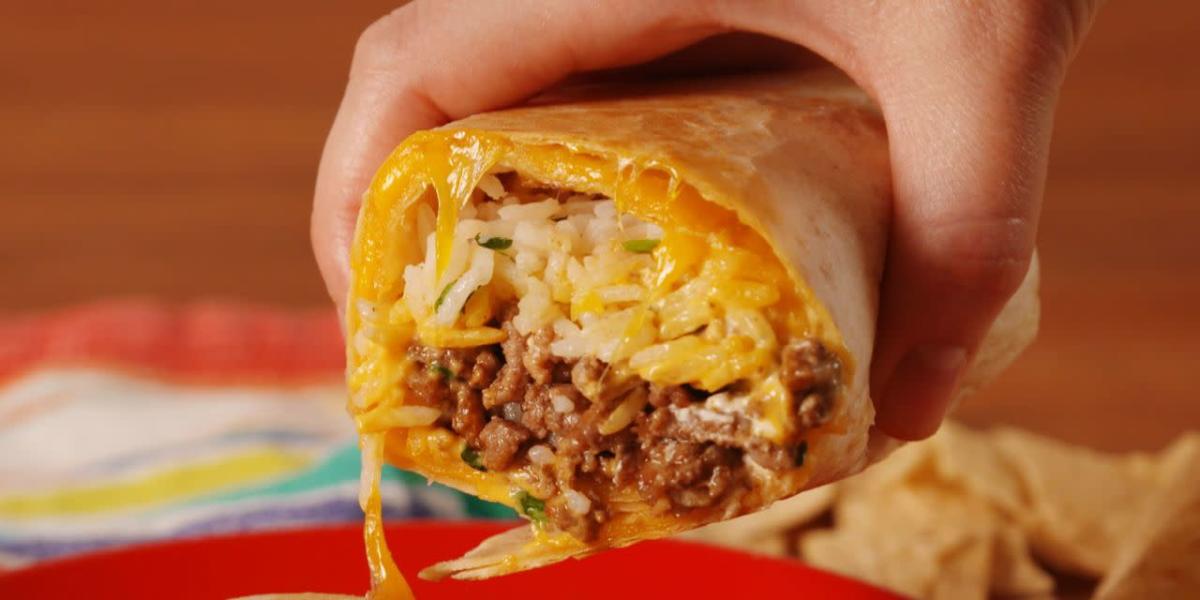