The best way to tell that fall is coming on Longboat Key is not by the changing temperatures or leaves, but by the changing colors of the license plates and restaurant schedules. Popular restaurants such as Harry’s Continental Kitchens and Euphemia Haye have reopened after their end-of-summer shutterings, while others such as Lazy Lobster have added lunch services back as they prepare to welcome an influx of seasonal residents.

“We were closed for the month of September, but I didn’t get any days off,” Harry’s Continental Kitchens general manager Hal Christensen said. “People are coming back early. We see them up at the corner store getting their coffee in the morning. We think it’s going to be a good season.”

Harry’s Continental Kitchens reopened on Oct. 7 after its traditional closure during September. It’s the slowest month of the year, as vacationers have headed home to start the school year and snowbirds haven’t flown south yet. Restaurant management such as Christensen are still working hard, however, as they scrub the place down, do repairs and repaint. They take everything out of the kitchen to degrease and pressure wash it, wash and seal the patio and repair shelves.

“In order to keep our standards of cleanliness high, we have to have that deep cleaning,” Christensen said. “We get behind things, take the rugs out. We clean all the time but you just have to get that deep cleaning done sometime.”

Euphemia Haye, which also closed during September, reopened Sept. 30. Like Harry’s Continental Kitchens, they have closed during the slow month for nearly all of its 40 years of existence. It’s a time of pressure washing and carpet replacement, said owner Ray Arpke, who also didn’t get a day off in September.

“We take all the pictures off the wall and plug all the holes, repaint everything and move all the artwork to a new spot so it looks like a new restaurant,” Arpke said.

The biggest challenge Christensen said he’s facing this year is staffing. Some  staff quit towards the end of last season, Christensen said, and over the slow summer, that was fine. However, Christensen needs to nearly double the amount of staff. It’s difficult to keep up with higher pay standards as supply costs rise too.

“It’s going to be difficult to be as busy as we want to be if we don’t have the staffing,” Christensen said. “We have a strong core, but we have to hire every season.”

Arpke is also dealing with staffing issues. Longboat Key businesses are at a disadvantage because of the  drive to get to the island for those who don’t live on the Key, he said. Lazy Lobster owner Michael Garey, who shuts down lunch service in the summer, said he moved his lunch hours up so his employees could get an earlier start to beat traffic.

“If you’re going to spend an hour, hour and a half in your car coming to work and not getting paid during that time, that’s an issue,” Garey said. “We wanted our employees to be able to come earlier.”

Demand for dining is already high, the restaurant operators said. Christensen is seeing familiar faces return in the corner store and at the restaurant, while Arpke said this is the busiest start to the season he’s had. When they reopened, everyone flooded back in — the Canadians and Europeans who couldn’t get back to Longboat Key during the pandemic, plus new Floridians and snowbirds who returned sooner than normal. Garey reopened his lunch service Sept. 28 and has seen an high demand for outdoor dining especially.

“I think it’s going to be a tremendous season,” Garey said. “It already is. We’re doing late November numbers in early October. It’s been tremendous.”

Join the Neighborhood! Our 100% local content helps strengthen our communities by delivering news and information that is relevant to our readers. Support independent local journalism by joining the Observer’s new membership program — The Newsies — a group of like-minded community citizens, like you. .

The Best Themed Restaurant In Every State

Wed Oct 13 , 2021
There are plenty of factors to consider when choosing a restaurant—the quality of the food, the price point, and the location are typically at the top of the list. But sometimes the full experience is the real draw, which is why themed restaurants are so popular. Of course, there are […] 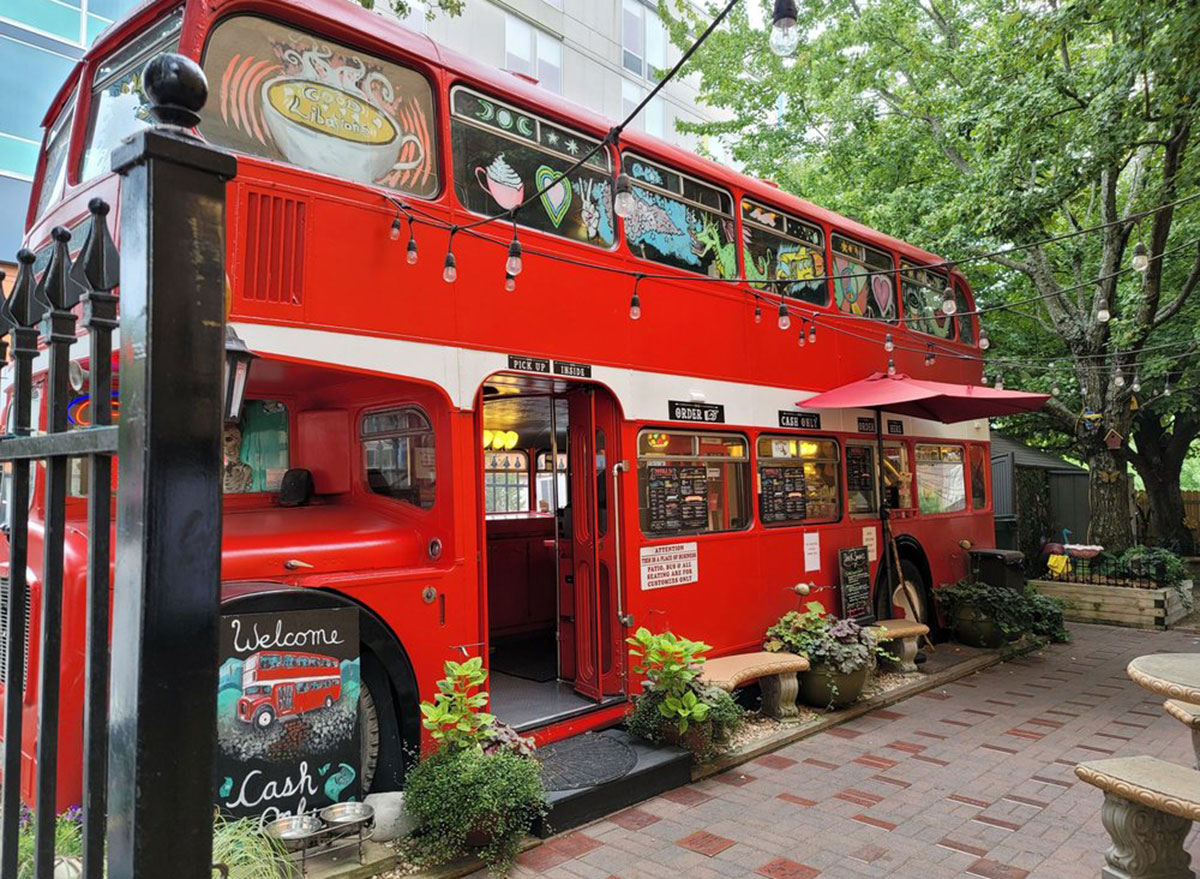