Nov. 1—Santa Fe restaurant and butcher shop Dr. Field Goods was mentioned Oct. 3 in the New York Times in an article headlined Autumn Journeys: 8 things to do in the Southwest this fall. The third item was “savor green chiles.” The Times mentioned a burger contest at the New Mexico State Fair, “a local contest in Santa Fe (won, last month, by Street Food Institute) and a mapped trail of restaurants specializing in the dish,” the Times wrote. “‘The heat of the chile helps cut the fat in the cheeseburger, so they work well together,’ said Josh Gerwin, the chef and owner of Dr. Field Goods in Santa Fe and Albuquerque who recently judged the two competitions. ‘It should be spicy and have bite.'”

Le Pommier Bistro in Eldorado opened for business Sept. 9. It is a French restaurant in the La Tienda at Eldorado retail center.

Midtown Bistro is closed from Nov. 1 to Nov. 10 for cleaning and maintenance. It will reopen Nov. 11 for regular hours, the eatery reported on Facebook.

Tue Nov 2 , 2021
A platform for experimenting with new flavors and dishes, as well as parts of service, design and décor. You possibly can unsubscribe at any time. By signing up you are agreeing to our Phrases of Use and Privacy Coverage This site is protected by reCAPTCHA and the Google Privateness Coverage […] 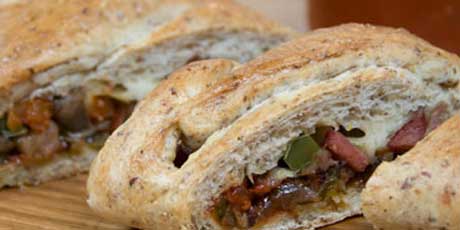