STARKVILLE, Miss. (WCBI) – Since not every Mississippi State fan could make it to the College World Series, Starkville’s bars and restaurants have done their best to bring the CWS to them.

“They expect that atmosphere when they come in, they start to have a good time and we cheered like we were in Omaha, that’s for sure,” says Barton Dinkins, the co-owner of 2 Brothers Smoked Meats.

Normally, 2 Brothers wouldn’t even be open on a Monday night. But for Game 1 of the College World Series Finals, they had a packed house.

It’s a packed house inside 2 Brothers here in the Cotton District. You better believe they’ve got the #OmahDawgs on every TV. #CWS #HailState pic.twitter.com/Oe3dsb6vQi

“Everyone who I’ve ever known is actually in Omaha now and I actually don’t have cable,” said MSU grad student Haley Grant.

The bars and restaurants of downtown Starkville and the Cotton District sought to re-create the game-day atmosphere to turn Mississippi’s College Town into Omaha-South.

“We were full downstairs, big exciting crowd,” Dinkins said. “Everybody’s ready and we expect to have the same thing [Tuesday night] hopefully.”

2 Brothers is one of 21 restaurants hosting watch parties for the College World Series finals.

2 Brothers was just one of several Starkville restaurants full of #HailState fans cheering on the #OmaDawgs in Game 1 of the #CWSFinals. This was the scene last night at Rick’s Cafe Americain.

“People came in large groups, I think we had a couple of groups of 10 or more come in,” Dinkins said of the Game 1 crowd. “They ordered a bunch of food, got their drinks and were here for the duration of the game. ”

They weren’t the only ones.

“We had a full house in front of all of our TVs, the bar was wrapped,” says Terry Long, the general manager for Central Station Grill. “We had some folks that made reservations so they could be in a table or booth close to the TVs.”

Long says Bulldog fans of all ages were on hand to watch State take on Vanderbilt Monday night.

“To be able to have something like this on a Monday night, I mean, some restaurants probably doubled their normal sales,” Long estimates.

After the toll that 2020 took on the restaurant business, Paige Hunt, the director of tourism for the Greater Starkville Development Partnership, says the parties are a shot in the arm for local businesses.

The @GSDPartnership says they want to create an Omaha-South type of environment in Starkville for the #CWS. They say there are 21 area restaurants hosting watch parties this week. #HailState #OmaDawgs pic.twitter.com/775yJKkrhw

“They’ve had a tough year and it’s a great opportunity for us to be able to promote them and to encourage folks to get out and experience Starkville’s culinary scene,” she says.

And While State fans hope the Diamond Dawgs can bring the World Series trophy home, Starkville has already won.

“It’s been fun to watch the Dawgs and it’s helped out the city a lot,” Dinkins says.

Brunch, burgers, French food and everything else you need to know about ChefStable’s new Lake Oswego restaurant complex

Wed Jun 30 , 2021
Where can you find a 12-foot duck statue, burgers built on fried brioche buns and second locations of some of Portland’s best restaurants? Starting next month, you’ll find them at Mercato Grove, a new Lake Oswego development at 4055 Mercantile Drive with more than 200 apartments, 50,000 square-feet of retail, […] 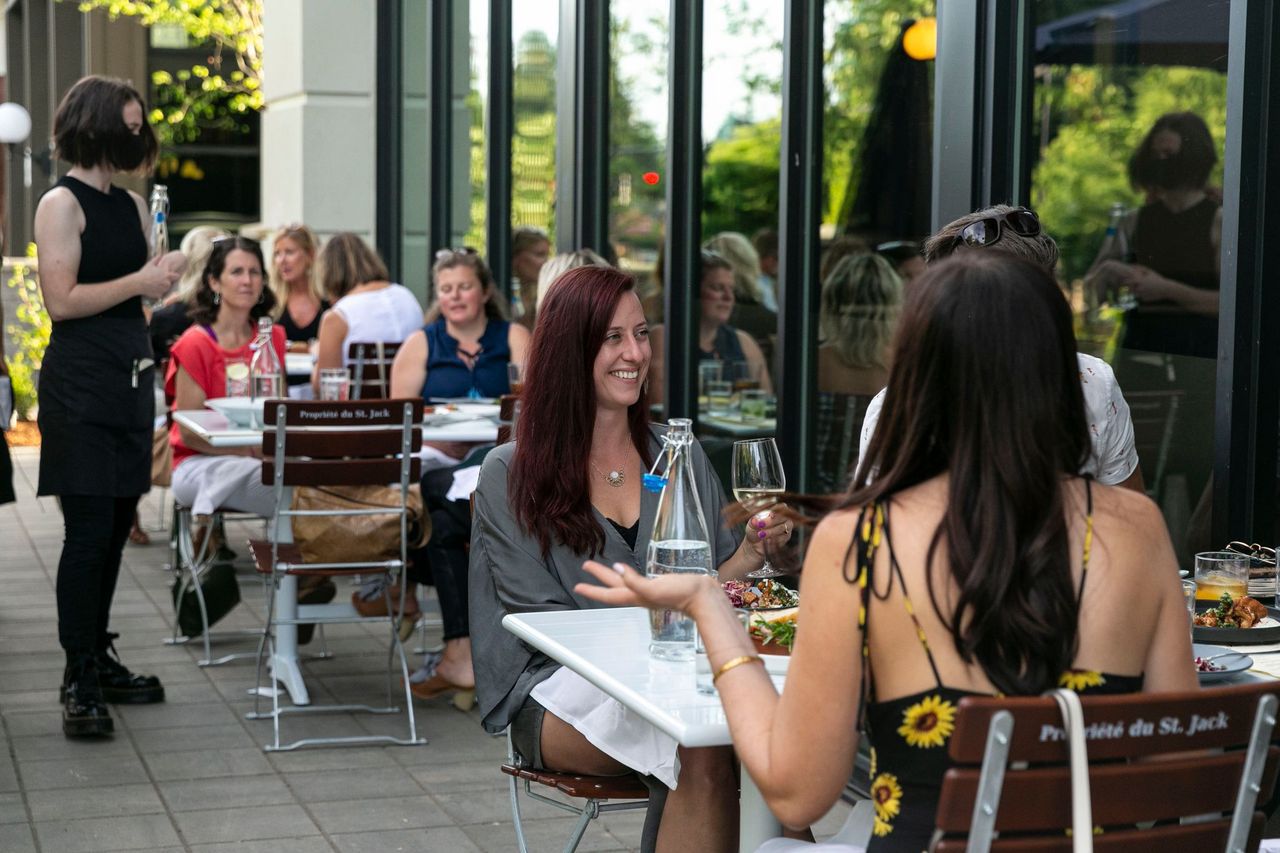