DETROIT — Kinda Makini-Anderson has been providing hot meals to households on Detroit’s east side throughout the Covid-19 pandemic. By her count, Makini-Anderson’s nonprofit Inner City Youth Group has provided over 150,000 meals in the last 10 months.

“We have always been there since 2009, assisting the community,” she said, on a recent snowy morning after delivering breakfast to a local family. “But since the pandemic it’s been an overload.”

For the vast majority of the families she helps feed, however, these meals are not the only support they rely on to keep afloat. Makini-Anderson estimates that 98 percent of the households she serves are already getting Supplemental Nutrition Assistance Program (SNAP) benefits — the government assistance program formerly known as food stamps. But the benefits provided by the nation’s most important program for the hungry are simply not enough.

Experts and advocates say the pandemic has exposed a system that is outdated and inadequate.


Joseph Llobrera, director of research for the food assistance team at the Center for Budget and Policy Priorities think tank in Washington, said research shows SNAP isn’t doing job one — feeding the hungry. “People run out of benefits two to three weeks into the month,” he said.

Food relief organizations — from small church pantries and major regional food banks to organizations like Makini-Anderson’s — have been shouldering a two-fold burden since the pandemic began. Supporting the millions of Americans newly facing food insecurity, who don’t participate in or don’t qualify for SNAP, while also serving those already receiving assistance that doesn’t get them through the month.

Before the pandemic, the average SNAP benefit was about $1.40 per person, per meal. During the pandemic, everyone on SNAP was bumped up to the maximum benefit of $2 per meal, but the families already at the maximum, those most in need, weren’t given any additional funds.

Last month, the Biden administration challenged the U.S. Department of Agriculture, which manages SNAP, to fix that, but also to take an earlier-than-planned look at the basis for the benefit itself. Maximum benefit levels for SNAP are dictated by something called the “Thrifty Food Plan,” which is supposed to reflect the minimum cost of a nutritious diet.

But the Thrifty Food Plan hasn’t been revised since 2006, and hasn’t been dramatically re-assessed since the 1970s, only increasing in line with inflation throughout the years. The plan wasn’t due for reassessment for another two years.


“The Thrifty Food Plan is based on the assumption that people have a lot of time to price-shop and prepare meals from scratch, but the reality is that many families are juggling different jobs,” said Llobera. “Building a food plan that assumes you’re going to soak beans overnight rather than using canned beans — how realistic is that?” Llobrera notes the plan is also based on an outdated assumption that people spend the majority of their income on food, when in reality, most people now spend the biggest chunk of their paychecks on housing.

In the meantime, food banks have filled the gap.

“We’ve been at this for, what? Ten, 11 months? And unfortunately, we have not seen a light at the end of the tunnel,” said Brian Barks, president and CEO of Food Bank for the Heartland, which serves 93 counties across Nebraska and Iowa.

When the pandemic began, NBC News reported that Barks’ food bank had been so inundated by requests for assistance in applying for SNAP benefits that they had a backlog. Eventually, the food bank had to take down its advertisements about their SNAP assistance program because they were simply getting too many calls to handle.

“We would get such a huge call volume that with our limited staff, we just had no ability to keep up,” Barks explained.

But the amount of food they had to purchase to keep up with the need went up, and up, and up. It went from $80,000 per month before the pandemic, to a staggering $1.5 million that the food bank now spends each month to feed the pantries — and the people — that rely on them.

“There are some serious questions that Americans are asking themselves every day. ‘Do I get the medicine that I need, or do I buy food? Do I pay the electric bill or do I buy food?’ The people who are in that gap that don’t qualify for SNAP benefits, and those who do and still need food assistance, that’s a big gap,” he said.

Barks’ food bank is not unique in this regard. Across the country at Feeding San Diego, which serves San Diego County and surrounding areas, 700,000 more meals are being distributed every month compared to the same time last year.

Barks said that the changes to SNAP announced by the Biden administration last month have him feeling hopeful.

“SNAP is a political football. It always has been,” he said, “But it is a key, essential tool that every food bank needs in order to do the work that we do. We need help from the federal government, the state and local governments, to do this work. People who are waiting for food banks to solve the food insecurity problem in our country, we’re not gonna do it.”

In fact, the Feeding America nationwide network of food banks, of which both Food Bank for the Heartland and Feeding San Diego are members, conducted a study showing that for every meal provided by one of their food banks, SNAP can provide nine.

That’s concerning for people like Makini-Anderson in Detroit, who often see struggling families that don’t qualify for the boost that SNAP benefits provide.


Families like Barry Chambliss and Melissa Michaux’s. With five kids under the age of ten, and dramatic losses to their income during the pandemic, Chambliss and Michaux have been scraping by. But when they applied for SNAP in the spring, they were denied.

“On the last denial that I’ve gotten, it said that I need to turn in verifications of end of employment for jobs that Barry hasn’t had in years,” Michaux said.

Efforts to challenge that decision and get in touch with a case worker led to unanswered phone calls and frustration, the couple said.

“People used to be able to go inside the office and actually complete the actual application, and they can have assistance with that,” noted Makini-Anderson, “[Now] it’s hard for them to even navigate through their phone to complete this application.”

It’s something Stacy Dean, the new deputy undersecretary for food, nutrition, and consumer services at the USDA is acutely aware of.

“This is what in my new job is keeping me up at night. Is who are we missing?” said Dean. “The process of applying for SNAP benefits is tough. It’s incredibly rigorous. And trying to carry that out in a remote environment has made it I think a little bit more difficult both for the states who are running the program, and the people who need the benefits.”

The cost of administering SNAP is split between states and the federal government, but as 6 million more people in America were added to the SNAP rolls last year, many states were essentially being asked to do more with the same or fewer resources, and to do it all remotely.

“One of the things we want to do is ease up on some of the rules to make it easier for states to run the program,” Dean said.

She acknowledged that food banks have stepped up. “They can meet an emergency need very quickly,” Dean said. “Unfortunately, in this environment, they have been asked to do so much more. Which is to provide food for longer periods of time, and to supplement the federal food programs.”

For those who help meet the need, that’s foreboding. After the Great Recession in 2008, it took a decade for food insecurity to fall back to previous levels.

“It is taking every ounce of energy that we have in order to try to help those people who have been added to the rolls of those who are now food insecure,” said Barks. “Anything, anything that can be done to alleviate the pressure that food banks are facing, to purchase and distribute food will benefit the hunger relief organizations in a positive way.”

Back in Detroit things are looking up for Chambliss and Michaux. When reached for comment, a spokesperson from the Michigan Department of Health and Human Services said the agency couldn’t comment on the particulars of Chambliss and Michaux’s case due to confidentiality requirements. But since a Nightly News story aired earlier this month focusing on the couple and their children, Makini-Anderson says the agency has reached out to the family offering to provide help. 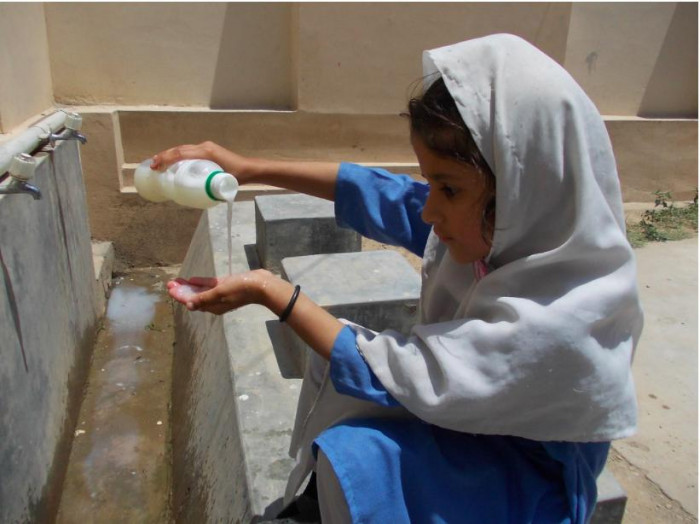