It’s no secret that Seattle takes its seafood seriously. It’s a point of pride for locals and a huge part of the local economy.

From salmon to shellfish to sushi, the Emerald City is a culinary destination for fish-loving foodies from near and far. Its location on the Puget Sound ensures the freshest tide-to-table offerings at eateries throughout the city’s best neighborhoods. And it doesn’t get much fresher than buying a fish that’s been tossed through the air at Pike Place Market.

With so many options, it’s tough to know where to turn. But we’ve reeled in the best seafood restaurants in Seattle that are for sure the catch of the day.

Strap on a bib and come hungry to Downtown seafood standard, The Crab Pot. Located on historic Pier 57 alongside The Seattle Great Wheel, the ambiance here contributes to the fun, laidback vibe that comes with a giant, steaming bucket of fresh seafood dumped onto your table with a mallet. As you might have guessed, crab is the star of the show here. And cracking your own is half the fun!

For oysters on the half shell, Elliott’s Oyster House has been shucking them out and receiving national praise in Downtown Seattle for over 40 years. When viewing the menu’s oyster list, you make your selection from a dozen locations around the northwest where they caught the oyster.

Sit back and enjoy this delicacy of the sea with one of Elliott’s signature cocktails.  Or, make a selection from their carefully curated wine list.

High-end seafood restaurants are great. But sometimes, nothing beats the comfort you get from a flaky, golden brown piece of fried fish doused in malt vinegar, dunked in zesty tartar and perched on a mound of salty fries.

At Emerald City Fish & Chips in the Columbia City neighborhood, you can let your hair down and dig in to fried cod, salmon, halibut and other fresh catches. And don’t forget to pair that with a bowl of tasty clam chowder. They also feature an item called a crab puppy, which is a cross between a crab cake and a hush puppy that you absolutely have to try.

A proud Seattle native deeply engrained in the city’s fishing scene own and operates the aptly named Local Tide. This Fremont neighborhood favorite has a focus on serving high-quality comfort from the ocean in the form of familiar dishes like perfectly golden, crispy fried oysters, a super satisfying salmon BLT and their famous fresh crab roll. Eat like a local without the fuss at Local Tide.

Matt’s in the Market

At Matt’s in the Market, in the Pike-Market neighborhood, the seafood pairs with a great view of both the Elliot Bay and Pike Place Market. Located on the third floor of the Pike Place Market’s Corner Market Building, you can enjoy looking out onto the water or do some people watching while feasting on a small but mighty menu of seasonal shellfish and seafood straight from the market downstairs. The extensive wine list is also a perfect complement to the casual yet stylish ambiance.

RockCreek is a culinary adventure of the high seas. This Fremont gem serves an innovative and carefully curated menu of globally-sourced dishes in a charming, self-described “industrial fishing lodge” themed space. Keep it local with their fresh crab, oysters and mussels, or get tropical with imported Kona kampachi or Hawaiian ono — you can’t go wrong at RockCreek!

Shaker + Spear is a chic Belltown eatery with a focus on pairing the freshest seafood with equally enticing regional ingredients. Though it’s set in a historic building, the restaurant has a vibrant motif and an open kitchen that makes eating here feel special. Speaking of special, their pan-seared steelhead is a thing of beauty and the charred octopus makes for the perfect adventurous appetizer.

If you’re searching for sensational sushi, Downtown hotspot Sushi Kashiba won’t let you down. Owned and operated by legendary chef Shiro Kashiba, this renowned restaurant draws crowds nightly. If you can manage to get a seat at the counter, you’ll be treated to a masterful showcase of skill, along with a delectable omakase experience showcasing king salmon, black cod and sea urchin.

Taylor Shellfish is another fantastic choice for all of your crustaceous cravings. Family-owned and operated for 5 generations, each of Taylor’s locations has its own shellfish farms from the Puget Sound. Perfectly shucked oysters, freshly steamed mussels, geoduck sashimi and local Dungeness crab await you. Come with a group and order one of their massive samplers to try a little of everything!

The Walrus and the Carpenter

The Walrus and the Carpenter is a whimsical place named after a Lewis Carroll poem that combines fine dining with the atmosphere of a fishing pub in the Adams neighborhood. Here, you can enjoy some of the finest oysters from around the state or a deliciously delicate albacore crudo with a tallboy of beer and it’s completely acceptable. The small but lively space fills up quickly as its popularity has grown, so it recommends reservations.

Seattle is a seafood treasure trove

When in Seattle, do as the Seattleites do and enjoy a bounty of deliciousness straight from the sea! Yes, hipsters love it here, but so do foodies! There are plenty of amazing options for amazing seafood. No matter whether you want to keep things casual or treat yourself to a decadent meal. From steamed buckets of shellfish to expertly crafted sushi rolls, there are many ways to enjoy the catch of the day harvested from the pristine waters of the pacific northwest. Cast off and fish on!

Fri Apr 29 , 2022
The COVID-19 pandemic has inspired people to cook more of their food at home, according to a May 2021 study by the Supermarket News. They reported that nearly 65 percent of people were cooking and eating “far more” meals at home during the pandemic last year—and the shift has opened […] 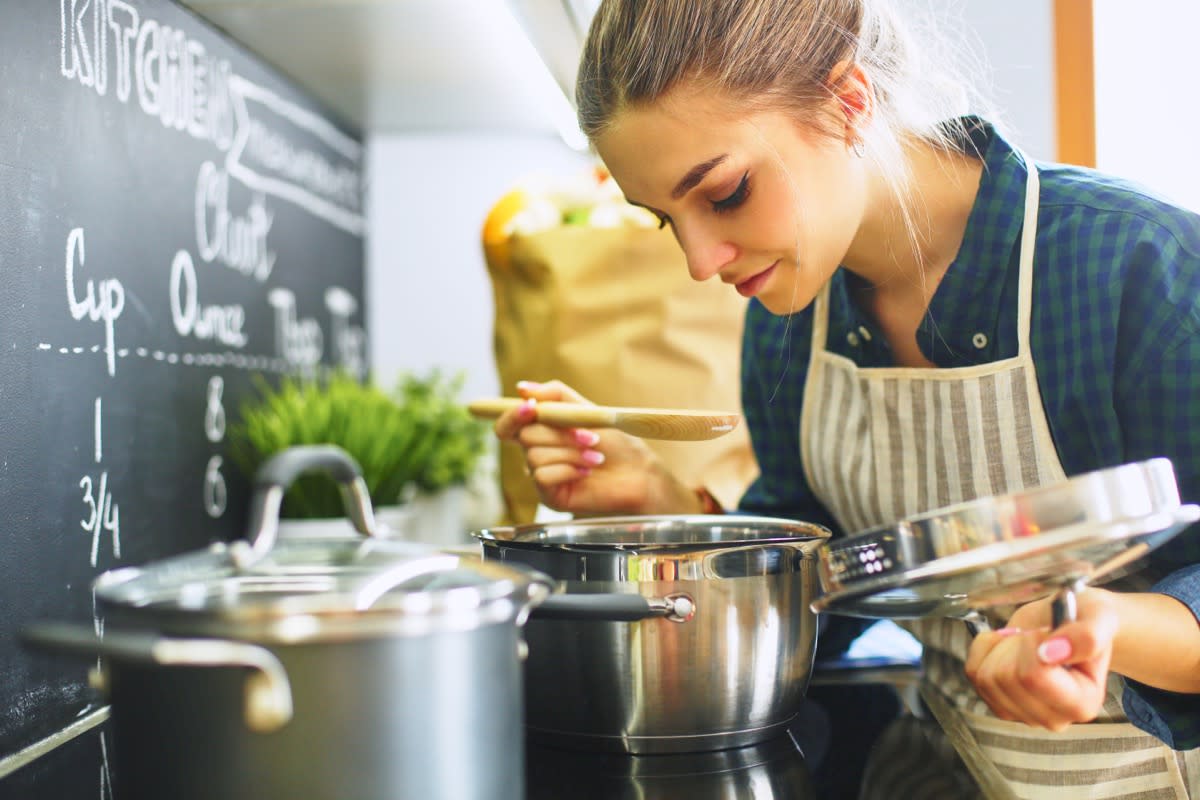