On a recent cold evening, I ventured down to Ealing to visit Meadow restaurant.

I had heard varying things about the restaurant: good food, aesthetic cocktails, loved by Instagrammers far and wide, so I thought it was time I checked it out for myself.

Keeping an open mind and armed with an empty stomach I was intrigued to see whether it was the vapid Instagrammers’ paradise some had made it out to be or whether it would turn out to be a restaurant with substance.

READ MORE: ‘I visited London’s most festive pub that’s decorated with 80 Christmas trees and 22,000 fairy lights and I felt like I was in a film’

My first impression was a good one: the restaurant’s colour palette is full of burnt oranges and greens, giving the space a warm glow that felt particularly inviting on such a cold night.

There are hanging baskets and box planters full of trailing foliage dotted around the restaurant in a nod to its name.

We were seated towards the back of the restaurant and, as we were led through, passed a large wicker hanging basket above which a neon sign displaying the restaurant’s name was hung.

Immediately this seemed like a bit of a clash with the rest of the space, but I decided to reserve judgement and see whether everything would come together as our meal got underway.

We kicked off our dinner with cocktails – the Delightful Sip, a coffee-infused drink with a base of ginger wine not dissimilar to a negroni, for my dining companion and a Morning Galore, a gin-based cocktail with notes of Earl Grey, lemon and sage for me.

Both were visually stunning and tasted great to boot: not too sweet or overpowering, with complex flavours and just the right amount of alcoholic kick.

To go with the cocktails we chose to order some nibbles, or ‘openers’ as they are called at Meadow, opting for some olives marinated with fennel and orange and the ‘Lardo toast, peperoncino oil, thyme’.

Our cocktails arrived and we were excited for the openers to arrive not long afterwards, but unfortunately that was not to be.

We ended up waiting rather a long time for the openers to arrive, so that when they did, we had pretty much finished our cocktails and decided to make the move to wine.

However, when the openers did arrive, they set a delightfully high bar for the rest of the meal.

I find it is usually hard to go wrong with olives, and true to form, those that arrived were deliciously marinated – I easily could have eaten the lot myself.

Lardo can sound and look off putting – after all it is cured pork fat – and I was, therefore, pleasantly surprised and impressed to find it on the menu.

A traditional, if underappreciated, part of Italian cuisine, its presence on the menu suggested a real dedication to the restaurant’s roots and a determination not to bow to the pressure of mainstream Italian dishes.


The lardo arrived as thinly sliced strips of pork fat elegantly curled on top of toasted sourdough and drizzled with chilli oil.

The sourdough was toasted to just the right degree, resulting in a delightful combination of textures, while its warmth helped the lardo melt in the mouth, giving the dish a deliciously buttery yet meaty flavour overall.

Next we moved on to starters, ordering the bergamot and Amalfi lemon cured salmon with fennel salad and the ‘rare breed’ beef carpaccio with parmesan crema and rocket cress.

The salmon was a light and refreshing dish, with the fennel salad providing some acidic crunch to cut through the fish.

An aesthetic dish, I easily could have eaten a whole other plate of it and savoured every morsel of the thinly cut beef.


© Lisa Haseldine
The beef carpaccio was exquisite, except for the fact it was underseasoned


However, a significant downside to both dishes was that they were noticeably underseasoned.

This wasn’t too big a deal as, in an interesting, if unconventional, move from Meadow, they had placed salt and pepper shakers on the table, but nevertheless it was slightly disappointing.

For my main meal I ordered the crab, chilli and lemon tagliolini, while my dining companion went for a tomahawk steak.

We went all out on sides, opting for some pan-fried polenta and the cavolo nero with toasted walnuts, our decision based on the fact they both seemed like dishes that would complement both meat and shellfish.

And how right we were: to discuss it slightly back to front, the side dishes were outstanding.

I’ve never had fried polenta and wasn’t entirely sure what to expect, being a little sceptical that polenta would have much flavour.

In fact, it proved just the opposite: satisfyingly crunchy on the outside and almost fudgy on the inside, the precisely cut little bricks of polenta were deliciously rich, salty and buttery, with that moreish deep-fried taste that immediately makes any food more tasty.

The cavolo nero with walnuts was the more sophisticatedly flavoured of the two dishes, with the bitterness of the cavolo nero and the walnuts marrying well and providing a refreshing, if slightly soggy, side dish to both our mains.

The mains, too, held their own.

Crab is a delicate flavour, and there is often a concern in dishes containing it that its flavour will be drowned out by other, more prominent, flavours.

However, in this instance, I definitely could taste the crab.

The trouble is, I sadly couldn’t taste too much of anything else.


© Lisa Haseldine
The crab, chilli and lemon pasta, with the fried polenta, cavolo nero and steak in the background


While there were hints of lemon and chilli in the dish, they were difficult to make out against the crab, leaving the whole dish feeling slightly out of balance.

The tomahawk steak arrived cooked delightfully rare, and was deliciously tender to taste.

My dining companion also reported that it went very well with the sides.

Both mains came in large portions, which was great and confirmed my not-so-worrying fear that I would be rolling out of the restaurant stuffed to the brim.

However, once again, both were sadly under seasoned which was disappointing, particularly with regard to the steak as it came with a bone marrow jus.

Although too much salt can be just as bad as too little, just the right amount will allow flavours to sing, and in this instance, both dishes felt slightly lacking.


© Lisa Haseldine
The deconstructed strawberry tiramisu did not resemble a tiramisu in my opinion, lacking any flavours of coffee or alcohol that are the dessert’s traditional hallmarks


Although full to bursting by this point, we decided to round off the meal with dessert, as you can never be too hungry for something sweet.

We ordered the Amalfi lemon tart and the deconstructed strawberry tiramisu to share.

Starting with the latter, what arrived looked like a delightful concoction of sponge cake and whipped cream, but tiramisu it was not.

The trademark flavours of a tiramisu, coffee and alcohol, were absent, as was any hint of a strawberry flavour.

I’m unsure if there was perhaps a mix up in the kitchen, but what was brought out was the complete opposite of the soggy, booze soaked dessert famously associated with Italy: it was dry, tasting mostly of whipped cream and dark chocolate which had been grated over the top of it.

While the tiramisu was disappointing, the Amalfi lemon tart certainly turned things around.

Sharp, light and zesty, it was delicious, with crumbly pastry and fluffy meringue on top.

We absolutely devoured it and it was the perfect dessert to cut through the rich food that had come before.

Overall, I really enjoyed our meal at Meadow: the food was tasty and certain items on the menu, such as the carpaccio and lardo toast, were stand out dishes.

However, the menu and it’s clear dedication to the restaurant’s Italian heritage seemed quite detached from the concept the restaurant appeared to be putting forward.

To me, the concept of Meadow and the idea of a ‘floral oasis’ bore no relation to the food it was presenting.

sence of the swinging wicker chair with the neon light spelling out ‘Meadow’ seemed particularly out of place.

I’m by no stretch suggesting that the restaurant’s character should necessarily be reflecting its heritage, but unless you had already done your research, I would hesitate to say you would have any idea you were walking into a specifically Italian restaurant.

It is worth noting that the restaurant only opened its doors in August, so I would be inclined to put the kinks in the concept down to Meadow still finding its feet.

In all, however, this was a small observation in what was otherwise a hugely delightful experience – if you’re after a cosy date spot in Ealing with great food, this is the place for you!

Do you have a story you think we should be covering? Email [email protected] .

Do you want the latest crime, sport, or breaking news in London straight to your inbox? Tailor your needs to suit you here.

Which restaurants will be open on Christmas?

Sun Dec 19 , 2021
(NEXSTAR) – If you are on-the-go this Christmas, or simply skipping the traditional at-home feast for something a little quicker, you likely know your options are limited. While many restaurants are closing their doors on December 25, there are some still accepting customers on the holiday. To save you the […] 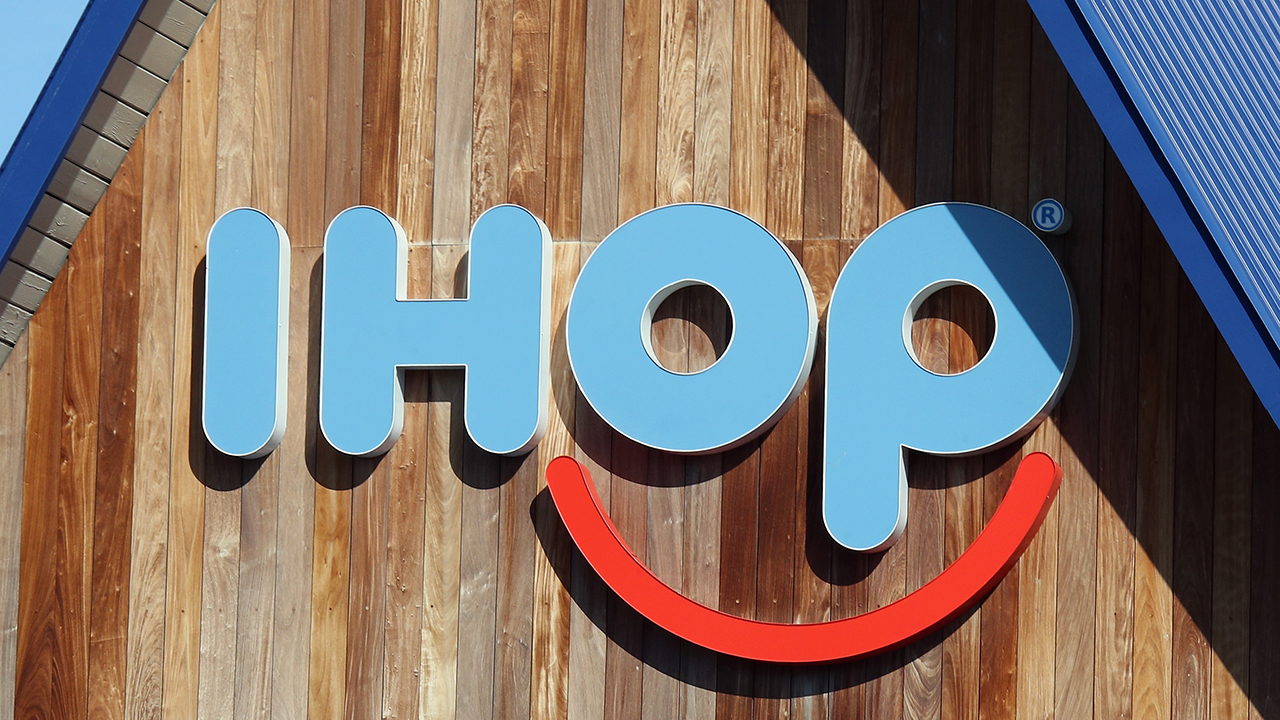