Branch + Daughter Quality Meats and Market, which opened in late July in Windsor, makes a compelling case for driving 10 miles north of Madison to get pizza.

Judson and Monique Branch opened a butcher shop and specialty store that also serves creative pizzas and sandwiches. There’s no seating inside, just outdoor patios, front and back, in warmer weather.

When I brought the Salted Pig ($20) pizza to a friend’s house, she declared it her “new favorite pizza.” It was unlike any other pizza I’ve had, a winning combination of sweet and savory with local bacon, marinated figs, port wine candied onions, arugula, plenty of mozzarella, pecorino Romano cheese and pistachio pesto.

Another friend, who is more traditional about his pizza, tried it, but didn’t care for the sweetness.

Monique said customers are somewhat split down gender lines. She said that while she likes to order it, Judson usually goes for the 4 Points pie with sausage and pepperoni, among other ingredients.

My friend, meanwhile, focused on the roasted garlic ( $18) pizza. It had crushed tomatoes, fresh mozzarella curd, thin ribbons of basil, and Aleppo pepper, which is about half as hot as red chile flakes.

He said he appreciated how strongly the tomato flavor came through. My vegetarian daughter, who I got it for, agreed. “I like maximum tomato,” she said.

All pizzas are 16 inches, so they can feed a group of four. They have a New York-style crust that is between thick and thin, and crisp in parts. It was treated with olive oil, Calabrian oregano, garlic, salt and pepper.

Judson introduced sandwiches about three months ago: Windsor Wedgies, so called because the meats, cheeses and vegetables are “wedged” between baked pizza dough.

Pizzas are available from 11 a.m. to 7 p.m., but the sandwiches are more limited (11 a.m. to 2 p.m.). Meat lovers will want to try the Italian ( $12), with smoked ham, salami, spicy soppressata (an Italian dry salami), mozzarella, lettuce, tomato, onion, mayo and oregano vinaigrette.

None of the four Wedgies are vegetarian. All can come with a “dippy egg,” an over-easy egg, for an extra $2. I asked if I could sub the egg for the meat in the smoked ham sandwich ( $12) and the result was fantastic, owing a lot to the candied onions. It was good and oily, featuring ample cheddar cheese curds, arugula, tomato, pesto and cream sauce.

From the deli case I got a quart of homemade lobster bisque ($12.99) that went over well with everyone I shared it with. The creamy soup had a strong lobster flavor.

I later learned that he grew up outside of Harrisburg, Pennsylvania, and has 22 years of cooking experience, mostly in Marriott Hotels, where he met Monique, a former event coordinator.

Judson, 39, came to Wisconsin to become corporate executive chef for Kalahari Resorts and Conventions in Wisconsin Dells. While he was there, Monique took a convention-planning job in Madison, and they lived in DeForest.

Once they decided to stay in Wisconsin, they found a home on the Sun Prairie/Windsor border.

The name Branch + Daughter is a tribute to the women in Judson’s life growing up who shaped his culinary development, Monique, 37, said. “A lot of times you’ll hear the sons part, especially in butcher shops, so we wanted to pay homage to the women. We did the ‘daughter’ because every woman is a daughter at some point.”

They had also just had their own daughter, now 2, and she factored into the name.

Judson said Wisconsin reminds him a lot of Pennsylvania. “It’s a nice, beautiful place for family and outdoors and all the farms you have access to. So, it’s been great for us. … We have our little girl here and she’ll be able to say she’s from Wisconsin.”

Windsor can thank the Kalahari for recruiting Judson to Wisconsin. Everyone should taste his pizza. And if you’re female, and you like figs, bacon and pizza, you’re going to swoon for the Salted Pig.

Bottom line: There are multiple reasons to visit Branch + Daughter, but the top two are the pizza and sandwiches.

Fri Feb 18 , 2022
PHILADELPHIA (WPVI) — Grab your fork and a big spoon! It’s time to scoop, slurp, and twirl your way through the best places to get a huge bowl of macaroni happiness. Just over the bridge in Collingswood, New Jersey, you’ll find Zeppoli, a quaint and unassuming BYOB with a Sicilian […] 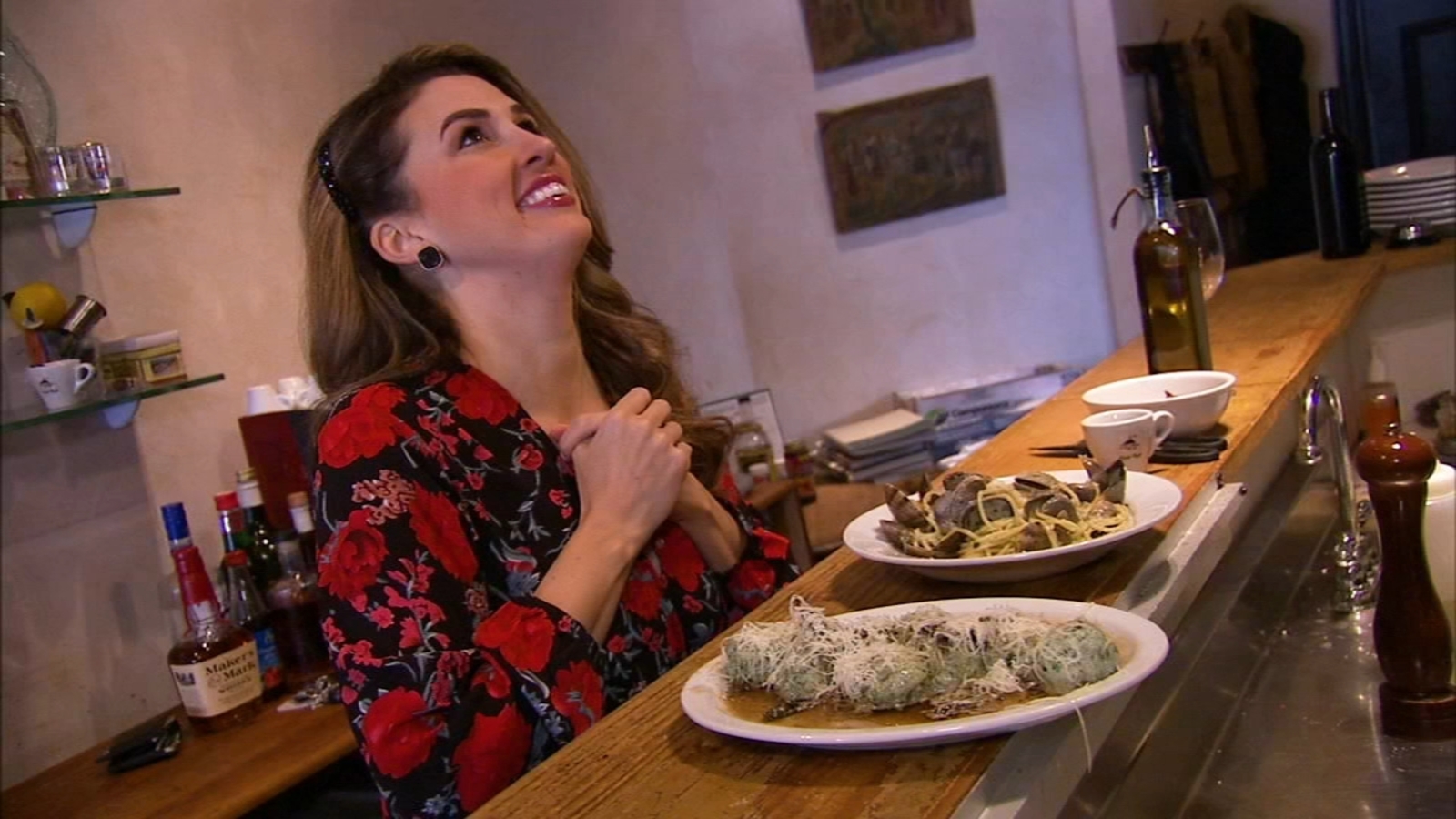