To keep tabs on every D.C. restaurant and bar opening is folly. But to keep tabs on the most worthy? Yeoman’s work, and we’re proud to do it. Thus we present Table Stakes, a monthly rundown of the five (or so) must-know spots that have swung wide their doors in the past thirty (or so). Let’s eat.

D.C. is pulling out all the stops when it comes to, well, pretty much everything we so missed during the times of outdoor dining and takeaway. From imposing rotisseries to whimsical plating in old-school lunchboxes, and Korean-American fusion to plant-based sushi, here’s what D.C. is serving up right now.

You’re here because… You’re curious about what chef Frederik De Pue has been up to since he closed his last D.C. restaurant five years ago. This modern bistro named after his grandfather is the perfect way for him to stage his return. More than half of this space just steps from the White House is devoted to private dining, with six adjustable rooms perfect for feeding groups big or small in style. If you’re looking for a table for four instead of 40, meanwhile, the imposing Bonnet rotisserie in the open kitchen is the perfect focal point of the open-plan dining room.

You’re here because… Whimsy doesn’t even begin to describe this new project from chef Andrew Markert of Beuchert’s Saloon. A fine-dining answer to everything we so love about the tavern, located just around the corner, Newland offers nods to the chef’s Baltimore upbringing that range from scallops scented with the flavors of steamed crab feasts to an upscale play on his mom’s lemon meringue pie.

You’re here because… Maybe you snagged a taste of this Korean-accented fare during Magpie’s soft, takeout-only opening in January, or maybe you’re just psyched to see Caleb Jang and Kevin Tien after their turn at Himitsu. Either way, this diminutive, 22-seat restaurant is sure to become a new favorite.

You’re dining on… A short-and-sweet menu of selections including batter-fried chicken and whole rib kalbi beef, as well as a generous handful of fish options like dashima-cured snapper with gochujang or stir-fried lobster with ginger and scallions. Vegetarians are more than taken care of, with dishes including Korean potato salad with cheddar cheese, pleasantly chewy tteokbokki with gochujang, and caramelized Korean sweet potato with coconut and chili oil. Wash it all down with a glass of wine, pét nat or a 0% ABV cocktail.

You’re here because… Modern plant-based fare is your jam, so you’re thrilled that this vegan restaurant from Steven Salm and Chef David Lee has finally expanded beyond Miami, New York, Palm Beach and Canada to settle in Bethesda. Boasting colorful and creative approaches to fusion vegan fare to enjoy either indoors or out, PLANTA is a plant-based restaurant that even carnivores will love.

You’re dining on… Trompe l’oeil creations like watermelon “ahi” sushi and a Maryland special “crab” dip made with hearts of palm. Other options include pizzas, PLANTA’s signature burger and steamed dumplings. Unsurprisingly, given the team’s sustainable mindset, cocktails often upcycle kitchen scraps, like the Herb Your Enthusiasm made with chili-infused tequila, herb syrup and pineapple left over from the pineapple pizza dish. If that doesn’t make indulging guilt-free, we don’t know what will.

You’re here because… You know that everything tastes better on a stick, and that goes twofold for Southeast Asian barbecue. Co-founders Aung Myint and Yo Sangkhankaw have had Sticx on the brain since 2019, and now, after several pandemic-related delays and pivots, the fast-casual spot located below the cozy, 200-bottle-strong wine bar — appropriately dubbed Stonz — is finally welcoming the masses.

You’re dining on… Satay or teriyaki chicken or shrimp or beef — if it can be skewered, it’s fair game. Myint and Sangkhankaw first came up with the idea for this spot on a multi-week trip across Asia, and menu offerings thus range from Japanese chicken katsu to the pork belly wet thar dote htoe from Mynit’s native Myanmar and Thai barbecued beef, all of which can easily be accompanied by one (or a few!) of nine different sauces. Vegetarians need not fear, as grilled okra and asparagus are joined by eggplant fritters, fried tofu, spring rolls and more.

This article was featured in the InsideHook DC newsletter. Sign up now for more from the Beltway.

The post The Five Best DC Restaurants That Opened in March appeared first on InsideHook.

The article The Five Best DC Restaurants That Opened in March by Emily Monaco was originally published on InsideHook.

Tue Apr 5 , 2022
Some “soul food” side dish staples received a healthy makeover as an example of how one doesn’t have to give up taste when trying to eat healthier. Michele Ketterick, a registered and licensed dietitian, demonstrated how one could cook a healthier version of macaroni and cheese, greens and cornbread during […] 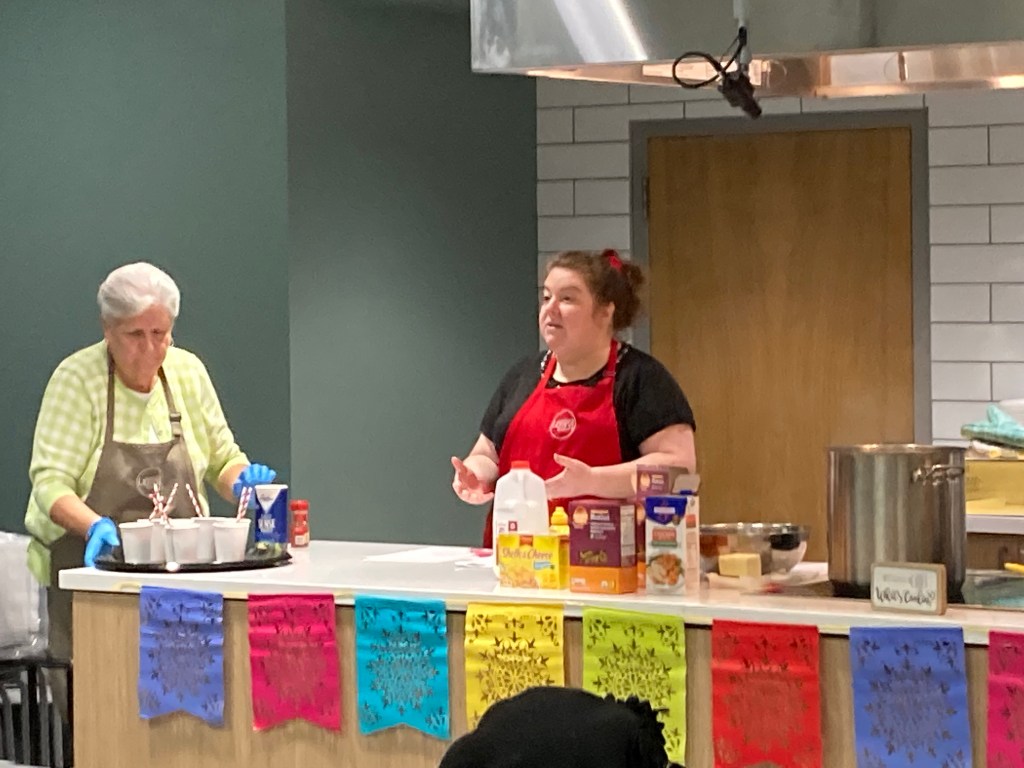