Michael McDermott needed to get out of Boston.

He was a long way from starting one of the hottest restaurants in Roseville.

About a decade ago, he was in his 20s and liked to party. He stayed up all night drinking with friends, blew the rent money and lost his apartment. McDermott had a dog, which made it hard to find cheap housing. So he took the dog and moved into his car, a tiny Dodge Prism. Then he lost the car.

He was on the streets, crashing in friends’ basements or sleeping on park benches. It was time for a change. He knew he always had family to bail him out if he screwed up. He decided to move to California.

“My mom had so much confidence in me, she bought me a backpack and a keychain with a fork, spoon and knife on it,” remembered McDermott. “She was pretty certain I was going to be living on the street.”

In California, there was no backup plan and no money to get back home. It kept him focused. He made some friends, got a job at the Post Office and began saving money.

And he discovered downtown Roseville. Vernon Street had a close-knit, blue collar vibe, and it reminded him of home. But it needed more restaurants — especially Italian.

In 2011, McDermott opened The Place, an Italian restaurant and pizzeria in downtown Roseville. Everything is made from scratch, from cannoli shells to croutons.

The pizzas are about 13 inches and range in price from $16.50 for the three cheese (“trio formaggio”) to $22 for the Blue Heaven, which comes with a béchamel cream sauce, mozzarella, gorgonzola, prosciutto di parma, sweet fig jam and toasted pistachios.

One pizza generally makes for a two-person meal, although McDermott can eat an entire pie by himself without feeling bloated.

“You don’t want to eat a pizza and then feel like you’ve got to wash your face afterwards,” he said. “Pizza can be healthy. Pizza can be delicious.”

McDermott’s favorite is the quattro formaggio, made with mozzarella, provolone, parmesan, ricotta and “just the right amount” of sea salt.

The Place makes a Neapolitan-style pizza crust — thin and light, but sturdy. The perfect crust requires temperatures between 700 and 900 degrees. Pizzas are cooked in a wood-fired brick oven fueled by apple, cherry and oak wood.

The dough is made with a sourdough starter, called a poolish. McDermott has been feeding the same poolish for about 15 years. He named his poolish Sal — “Sal the Sourdough Starter.”

“He’s family. If I lost him, if somebody ruined him,” McDermott said. “I could never get that same flavor back.”

Like many restaurants, The Place was hit hard by COVID-19. McDermott’s sales dropped by about 80%. Once patio dining was permitted, he converted his two parking spots into an outdoor patio space for about six tables. Then the city of Roseville followed suit, converting the front parking spots into outdoor dining areas, complete with wooden platforms and umbrellas.

It’s made a big difference for business, McDermott says. “I’m loving hanging outside, having a glass of wine and listening to some jazz.”

Less than a mile away on Church Street, is the Roundhouse Deli. The deli has been a fixture in Roseville for decades. The current owner, Maria Ruelas, bought the place about seven years ago. She kept the menu pretty much the same, but she made one addition, the tri-tip taco. It’s become the restaurant’s signature dish.

It started out as a customer request, a special order. Then a few more customers requested it, and Ruelas tried it herself. “I just thought that the taco was amazing,” she said. “I fell in love with it.”

Tuesdays, Wednesdays, Fridays and Saturdays are tri-tip days, when the meat is cooked on the deli’s outdoor smoker, then sliced and placed in tacos, along with lettuce, tomato and cheese. A combo order includes a drink and a side dish, such as french fries, potato salad or macaroni salad.

Ruelas also owns a coffee shop in Roseville, and she recently opened a second Roundhouse Deli in Elk Grove. The whole family helps run the restaurants.

“Our customer base has typically always been blue collar,” said daughter Bianca Ruelas. The deli is located right across the street from the railroad, and railroad workers comprise a good chunk of the deli’s regulars. These are essential workers, Bianca said. And COVID-19 or not, they still need lunch.

Recently, some of the customers have begun tailgating outside the deli while they eat their lunches.

“It’s a pleasant sight to still get to see the customers enjoy their meals — but from a distance,” said Bianca Ruelas.

Guy’s For Lunch is a mom-and-pop sandwich shop owned by Guy and Kathy Manwaring. But the secret is out about their food: They’ve made national lists for best food.

Guy worked for years as a general manager at Staples. Kathy was a hairdresser. Both of them were ready to do something else. So in 2014, they opened Guy’s.

Guy has always been interested in the science of food, and he’s continued to develop his cooking techniques and processes.

When the sandwich shop first opened, Guy would slow roast whole chickens in cast-iron ovens, then take them apart to make the chicken salad.

Then he discovered sous vide, a French technique for cooking very slowly. Manwaring puts the chicken breasts in vacuum-sealed bags, which are then placed in a water bath set to a specific temperature. The bags retain the moisture and juices, and the regulated water temperature allows the meat to cook evenly, inside and out.

“It allows me to have a perfect result, exactly the same, each and every time,” said Manwaring.

The chicken salad is a popular item, and it’s found its way onto a few different sandwiches. There’s the standard chicken salad sandwich, which comes with a

“I said, ‘Well that doesn’t sound that great,’” Manwaring remembered. “But he said, ‘Well I want to try it. It’s the best two sandwiches you have that I like. And I’m putting them together.”

Sandwiches come with a side of chips and a pickle wedge. 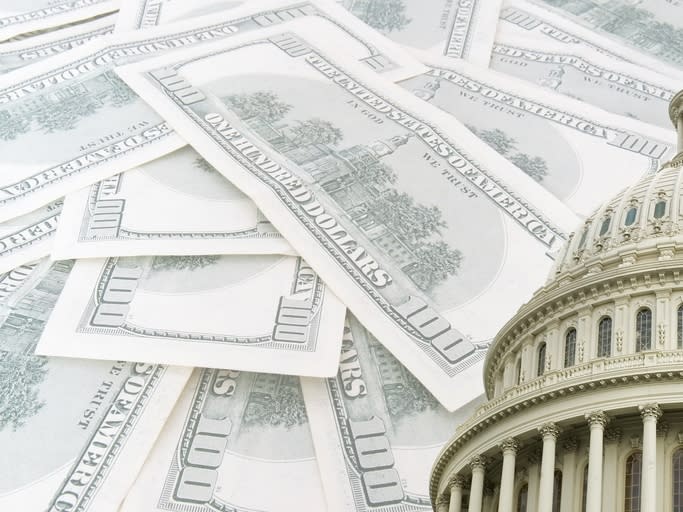