After being forced to put away her cooking utensils in September of 2021, a food truck operator will now be allowed to serve up the fried chicken, pork chops, perch, mac-n-cheese and signature desserts her customers briefly enjoyed last summer.

This month, Monique Crowley and her husband Rico are opening their mobile food truck, Fruit Street Kitchen, next to A&D One Stop convenience store on the city’s south side.

The move ends a six-month dilemma that began for the couple last fall when South Haven city officials told them they could not continue to operate their food truck in front of their home on Fruit Street because doing so violated a city ordinance forbidding mobile food vending in residential areas.

The couple then decided to open a restaurant in the Village of Lawrence, but they still wanted to operate a food truck during warmer weather in South Haven. So they went ahead and applied for a food truck license from the city, even though the current ordinance only allows for food trucks to operate at two-week intervals in specified areas.

“We’re licensed by the health department to operate anywhere but we chose to stay here because this is where we live,” Monique said.

Within the next couple of weeks, thanks to a City Council decision two weeks ago, Fruit Street Kitchen will be allowed to operate from 11 a.m.-7 p.m., Wednesdays-Sundays from April through October on Elkenburg Street, next to the A&D One Stop convenience store.

But, the council’s decision is only a stop-gap measure at this point. They voted to only allow the food truck to operate this year while the planning commission continues to revamp the city’s ordinance dealing with mobile vending trucks, according to City Manager Kate Hosier.

“With this review ongoing and the beginning of the vending season fast approaching, city staff worked with Ms. Crowley to identify an appropriate location that could be permitted via the existing regulations,” Hosier said in a report to the council. “The existing ordinance authorizes City Council, by resolution, to designate public rights-of-way or other public grounds for use by mobile vendors.”

Although council members unanimously passed the resolution, March 21, allowing Fruit Street Kitchen to operate in the public right-of-way next to A&D One Stop, but one member thinks the city needs to analyze the entire food truck ordinance due to the growing popularity of such operations in other towns.

“It feels like we’re taking a half-hearted approach,” council member Joe Reeser said. “If all we’re doing is voting for one truck in one location, fine. But I would rather vote on food trucks in general.”

City officials responded that the planning commission is doing just that.

“We have asked the planners to take a look at the ordinance,” Hosier said. “But, we’re coming up on the warmer season. This is a work-around for an application (from Monique Crowley) that was submitted last fall.”

Planners have spent the past several months studying whether to revise the ordinance. Two months ago they informally agreed food truck operations should be allowed to operate throughout the year. However, they have not yet decided where the trucks should be allowed to locate. Currently, food trucks can only operate on private property in selected commercial districts unless the council decides by resolution that a truck can be set up temporarily in a public right-of-way.

The best rooftop bars and restaurants in Florida for drinks, food and amazing views!

Wed Apr 20 , 2022
While us Floridians love drinking and dining with our toes in the sand, we also enjoy an elevated experience. Produced by our USA Today Network team living in communities throughout the Sunshine State, we chose a dozen of our favorite rooftop bars and restaurants, which are perfect to visit pretty […] 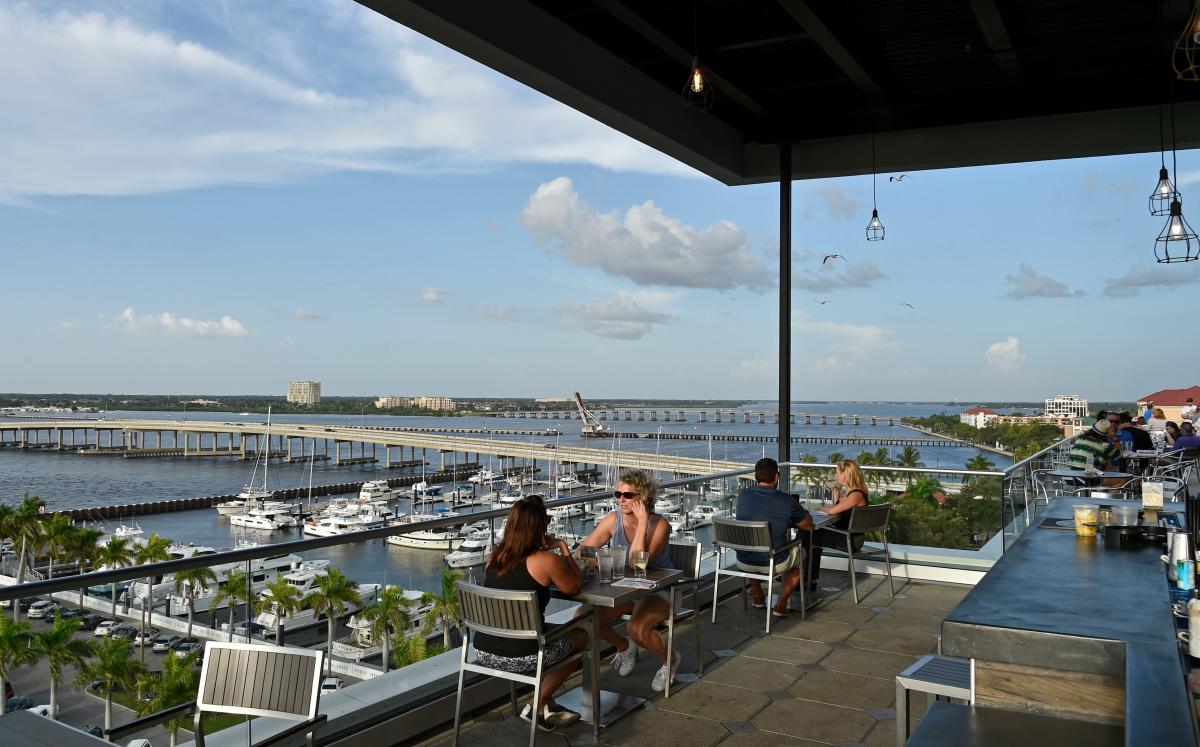