Shrimp is a seafood seen on many menus, but some home cooks are still intimated by the idea of making the popular shellfish.

Not only do these cost-effective crustaceans pack a serious protein punch, they’re also compatible with most cooking methods, making them a win-win for cooks with any level of expertise. Chef Guido Horst Jendrytzko, who has managed hundreds of cooks aboard Caribbean cruise ships, knows a thing or two about seafood. When they’re at sea, Jendrytzko and his team feed thousands of travelers each day — and there are lots of shrimp dishes served onboard.

He loves cooking with shrimp because it’s versatile (i.e. great for crowds) and it’s also quick. “A good steak, takes a minimum of 10-15 minutes to cook,” said Jendrytzko. “With shrimp, you can have a nice meal in just six to seven minutes.”

If you have 10 minutes to spare, and a source of heat (or acid), here are some foolproof ways to prepare shrimp.

Where to buy shrimp

Freshness is key. “With shrimp, people will immediately identify if there’s something wrong,” said Jendrytzko. He recommended getting to the fish market or grocery store as early in the day as you can. He thinks the biggest mistake home cooks make is defrosting frozen shrimp in the microwave or boiling water. That strips the shrimp’s flavor and it will never come back.

Whether you peel your shrimp, devein them or remove the tails before cooking depends on what you’re making — leave tails on as handles for finger food, for example. There’s a strong argument for always cooking shrimp in its shell, too.

How to microwave shrimp

Microwaves are great for reheating leftovers, but when it comes to raw seafood, microwaves are not the way to go. “Don’t do it,” said Jendrytzko. Microwaves use radiation, not conduction, meaning the shrimp will cook from the inside out, resulting in an unpleasant, rubbery texture.

How to sauté shrimp

Heat olive oil in a pan on medium heat until the oil makes nice waves in the pan. According to Jendrytzko, the ideal temperature for cooking shrimp is around 360 degrees. Add shrimp (as many as will fit comfortably in one layer with none overlapping) and flip them around for a few minutes until they start to curl into a tight C-shape and the outsides are pink. The insides should be opaque, not translucent. Depending on the size of the shrimp, this will take about five minutes.

Quinoa and Shrimp Medley by

How to bake shrimp

Preheat your oven to 425 degrees. Tear off a 16-inch sheet of aluminum foil and place on a rimmed baking sheet. Using a spoon, arrange marinated or seasoned shrimp (and vegetables, if desired) in the center of the foil and top with a pat of butter, or more marinade. The shrimp should be arranged in one layer. Fold the foil, forming a tight seal, into a packet. Bake for 15-20 minutes. Remove the packet from the oven and let it rest for five minutes. Be careful of hot steam.

How to grill shrimp

Simply put five or six shrimp on a food-safe skewer so they won’t fall through the grill grates. When the charcoal is ready (but there is no flame), or your grill is at least 350 degrees, add your shrimp. Cook for about five minutes, flipping or rotating at least twice. They’ll be done when the outside is pink and the inside is opaque.

How to fry shrimp

Peel raw shrimp and season as desired. Coat seasoned shrimp in a mixture of flour and beaten egg (first dipping the shrimp into the flour, then the egg, then flour once more). Deep fry each batch of four to five shrimp for about three minutes. Jendrytzko loves to serve fried shrimp with a side of sweet chili dipping sauce.

The 8 Essential Gadgets You Should Be Using in Your Kitchen

Tue Jun 16 , 2020
Click here to read the full article. Equipping your kitchen with the right gadgets can open the doors to experimenting with new techniques, and save you time on prepping your meals. Counter and cabinet space are premium real estate, so getting the right tools means thinking strategically. You’ll want gadgets […] 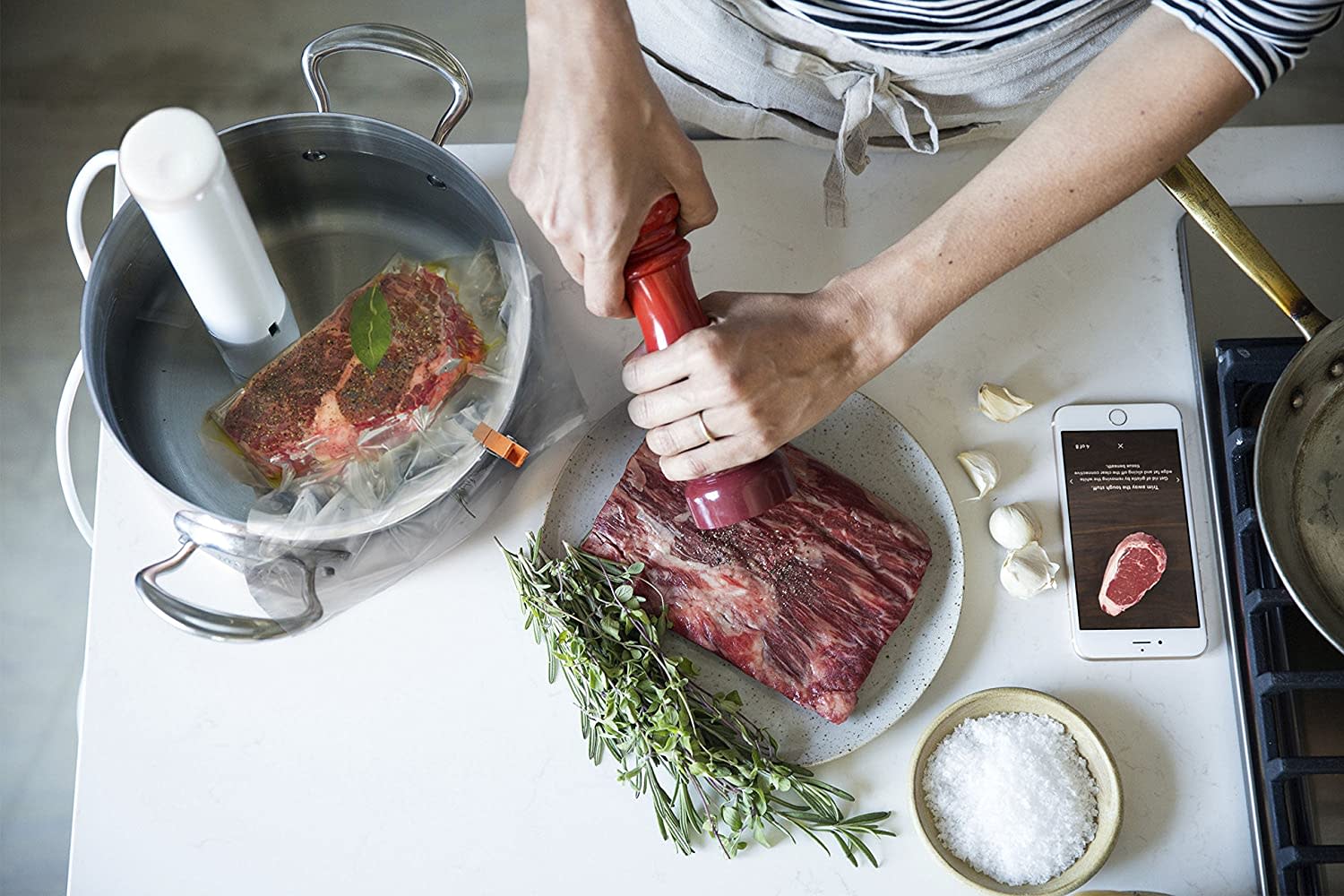