Restaurants lucky enough to be open for 15 years ultimately face a choice: Motor on with the same food they’ve served for the lifetime of a Disney Channel child star, open an entirely new restaurant with a new concept, or do what Michael Schwartz just did with the restaurant that brought life to the Design District more than a decade ago: Reinvent.

The staff of 15 years? Them you keep.

That’s what Schwartz has done with Michael’s Genuine Food & Drink, which managed to win every major award (including for the chef) from the James Beard Foundation and Bon Appetit to Esquire and the New York Times.

The restaurant reopened in early December after a four-month remodel, where it doubled its space, added a chef’s table facing the open kitchen, expanded into a breezy courtyard with a retractable roof, and, most important, created a new menu that reflects Miami’s current appetites.

A sunny Thursday afternoon with the weather in the mid 70s seemed the perfect time to try its new flavors and feel. The old restaurant was a clubby, moody den. The new MGFD is airy and open, with a dining room that slides completely open into the courtyard. There is white where there used to be black, rattan replacing heavy, dark wood.

And one look at the menu reveals this to be an evolution for Schwartz — one of the first chefs to work with local farmers to grow produce specifically for his restaurant — with a focus on brightening and highlighting those ingredients rather than cooking them in their own rendered fat, stuffing them with meat or deep frying them. Vegetables — both cold and hot — move from sides to entrees.

The restaurant is more reminiscent of Tigertail & Mary, the Coconut Grove restaurant Schwartz admitted would be his MGFD if it opened today — whole entrees based on vegetables, meats presented with brighter flavors. (Sadly it closed after the building in which it was situated was sold).

A tour of the menu shows MGFD is ready for the next 15 years.

Start with: lobster and sardines

For all the talk of vegetables, it’s hard not to order two seafood starters that pop on the menu. It’s impossible to pass on the lobster toast, hunks of it poached and served over “melted” leeks cooked to the point of rendering so they release their own savory flavors into two slabs of ciabatta.

The meaty, messy bites are date-friendly only if you’ve known the person long enough to feel comfortable licking caviar crème fraiche off your fingers. Or it could be a great ice breaker.

The sardines landed on the menu only after the staff tasted dozens of different kinds and landed on a Portuguese variety they serve in a tin, doused with fruity olive oil. They’re mild and meaty and you’ll find yourself ordering extra house-made saltines to slather with Dijon, pickled red onion and cornichons to finish the hearty dish.

It’s hard, at first, to know what to make of the three vegetables listed under Market Table on the side of the menu. The long-cooked squash is served cold with spicy harissa, caraway seeds, ribbons of crispy garlic and torn bits of basil.

Think of them as more salad than side and you’ll appreciate this delicate dish. It’s almost like a deconstructed dish, where the roasting brings out the flavors of the squash and serving them cold reimagines what it might be like to eat a roasted veggie off the vine. The crunch of the garlic, sting of harissa and brightness of the basil bring it to life.

Call these the two poles of the new MGFD spectrum.

The wood-roasted eggplant is a wholly vegan dish — something anathema to many high-end Miami restaurants 15 years ago — that skimps on nothing. Three huge Japanese eggplants roasted to a creamy texture are served on a bed of cashew-milk yogurt, sprinkled in fresh mint, parsley and puffed wild rice. Tear off pieces of the seasoned house-made seasoned pita and eat it like a daal.

The short rib rigatoni shows how Schwartz treats meat here, like a condiment that heightens the dish, with a ball of fresh ricotta, basil that when mixed together makes for satisfying al dente bite.

Pair either with a glass of grüner veltliner (a modest 9-ounce pour or a larger generous Euro pour for a couple bucks more) and enjoy as a sideways sun lands across the buzzy courtyard.

Over the pandemic, Schwartz sold his milk chocolate cremoso, thick like peanut butter, in jars that you could lick clean in the privacy of your own house. You may have to show some restraint when MGFD serves it on a plate with a mild espresso ice cream, drizzled with olive oil, sea salt and a sourdough crostini.

Those opting for a lighter finish will appreciate the goat cheese tart, served like a thin cheesecake with a confit of citrusy fruits, from kumquats to blood oranges and bright basil.

All of it helps paint a portrait of a new Michael’s Genuine.

The old MGFD had a winter-up-north vibe, an understandable choice for a Philly native like Schwartz. But he has been in South Florida for more than 25 years now. And the newer version of his restaurant proves he’s earned the right to be called a local.

Miami Herald writers dine unannounced and at the newspaper’s expense.

Miami Herald food editor Carlos Frías won the 2018 James Beard award for excellence in covering the food industry. A Miami native, he’s also the author of the memoir “Take Me With You: A Secret Search for Family in a Forbidden Cuba.”

Mon Dec 13 , 2021
The World’s Finest 50 Restaurants is a listing produced by UK media company William Reed Business Media , which initially appeared within the British journal Restaurant , based mostly on a poll of international chefs , restaurateurs , gourmands and restaurant critics In addition to the principle ranking, the organisation […] 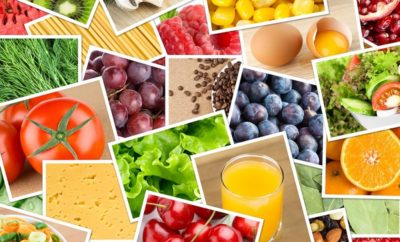